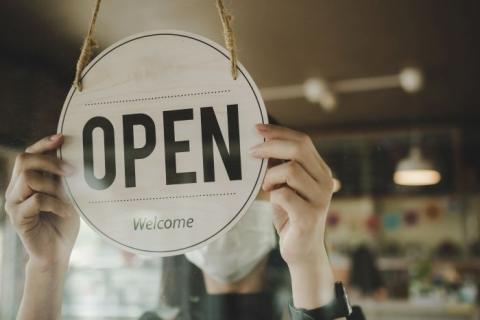 After a slow February, retail came roaring back in March, according to the National Retail Federation.

Compared to the same time period last year, when retail sales were considered “apocalyptic” outside of the grocery sector, retail sales rose 17.7% in March 2021. Seasonally, retail sales were up 7.4% from February, the NRF data, which excludes automobile dealers, gasoline stations and restaurants.

The March data underscores what other recent surveys have found: shoppers are eager to return to their favorite retailers. With more money in pockets from stimulus checks deployed at the beginning of March, coupled with the ongoing national Covid-19 vaccination rollout, consumers are feeling more confident getting out of their homes after lockdown.

That’s good news for retailers--if they’re ready. Another recent report found some retailers have been so focused on fulfilling online orders in the last year that the basics of shopkeeping, like keeping clean aisles and having inventory in stock, have fallen by the wayside. The result could turn off consumers who are looking to be lured back into stores.

“The dramatic increase of 17.7 percent in March retail sales over the same period last year confirms that a confident consumer is driving the economic rebound, and that should continue through the remainder of 2021,” NRF President and CEO Matthew Shay said in a statement. “American households are clearly feeling the full effect of additional fiscal stimulus, gains in the job market and the reopening of the economy.”

Retail sales increase in March across every category except grocery, which reported a decline. However, that is likely due to the unusual circumstance in March last year, when the U.S. entered a lockdown phase and consumers flocked to grocery stores to stock up. Other categories saw double-digit growth with “dramatic increases,” according to NRF.

“Today’s data confirms reports that people are going out and spending and that in-store traffic has picked up,” NRF Chief Economist Jack Kleinhenz said. “After a disappointing February, there was a perfect alignment of factors supporting a surge in shopping in March. Further reopening of the economy was encouraged by economic stimulus payments, the public health situation improved with more vaccinations, employment grew and there was seasonal activity around Passover, Easter and spring break.”

Standout categories for huge sales increases in March include: