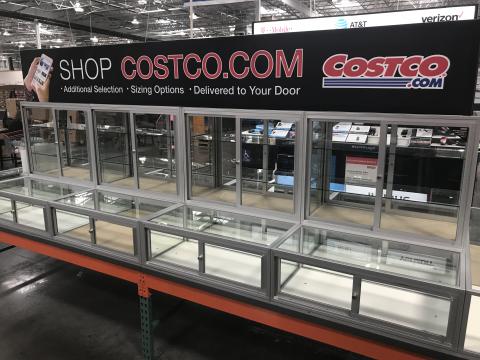 Costco's March same store sales would have been even higher had it not discontinued sales in key departments where operations aren't compatible with social distancing guidelines.

Ahold-Delhaize USA and Costco are the latest retailers to report stunning sales growth for all the wrong reasons.

“Due to COVID-19, demand across our multichannel network in the Eastern U.S. and Europe increased significantly in Q1. As a result, we expect group net sales growth of approximately 15% in Q1, or 13% in constant currency. Comparable sales growth excluding gasoline is expected to be approximately 14% in the U.S., and 10% in Europe in Q1,” Muller said.

Muller also summed up the thoughts of every other retailer who has reported a big spike due to COVID-19 and is left to wonder what the future holds and how shopper behavior will be impacted.

“Although we continued to experience higher than normal sales growth through the end of March, there is increased uncertainty in sales over the course of the year, especially as it applies to changes in consumer shopping patterns and behavior,” Muller said.

Those impressive gains are similar to what other major retailers have preannounced and helped Costco offset a number of other challenges. For example, key department such as jewelry, optical, hearing and the dine-in area of food courts were closed to comply with social distancing guidelines. Costco was also among the first reteailers to regulate member traffic into its buildings which caused some shopper to shift online where the company logger a nearly 50% e-commerce gain during the month.

Costco joined a growing group of retailers who have reported stunning sales growth during March. Target was the first company to reveal the impact of COVID-19 when on March 25 it announced comparable sales month-to-date in its essentials, food and beverage categories increased more than 50%.

In the case of virtually every retailer, sales would have been even higher except for the fact that supply chains couldn’t keep pace with surging demand which led to rampant out of stocks.