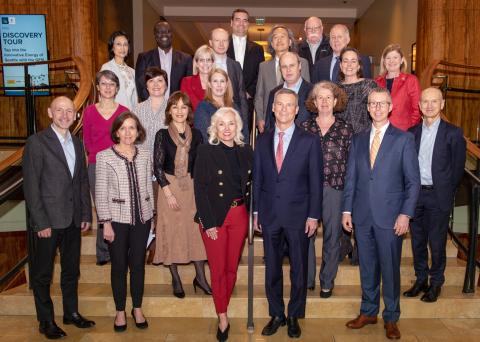 The new board of the Global Food Safety Initiative now includes representatives from Amazon and Costco.

When big companies look for growth opportunities they enter major markets in a big way. Amazon did that in 2017 with its acquisition of Whole Foods Market. Now it has opened an innovative cashierless food retailing concept in Amazon Go Grocery. The first store located in Seattle could be best described as an urban food retailing convenience store. Next up are new food retailing prototype stores in Southern California and Chicago.

Amazon is eyeing the massive food retail market and entering the space much the same way Walmart did three decades ago; with a new physical retailing concept backed by logistical prowess and technological advantages. One notable differences is that while Walmart’s early food retailing efforts were met with cynicism from legacy operators, Amazon enters food retailing with a greater presumption of success.

Another notable difference, and one which signals the seriousness with which Amazon is taking its commitment to the food industry, is the company’s involvement in various industry organizations instrumental in shaping industry standards and the regulatory environment in which all food retailers operate.

For example, last week while the new Amazon Go Grocery concept was attracting so much attention in downtown Seattle, in nearby Bellevue a top Amazon executive was joining the board of a key food industry group that helps set safety standards. Carletta Ooton, Amazon’s VP for health, safety, sustainability, security and compliance, was elected to a newly created role of vice chair representing the retail sector on the board of the Global Food Safety Initiative (GFSI), facilitated by the Paris-based Consumer Goods Forum.

Her appointment to the GFSI board was part of larger move by the group to change its overall leadership structure for the first time in its nearly two decade history. The change involved GFSI’s 24 board members voting for four new leadership positions: two co-chairs and two vice-chairs. One co-chair position and one vice-chair position represent the retail sector, while the other co-chair and vice-chair represent the manufacturing sector. The move more closely aligns GFSI’s parent organization CGF’s approach to a balance between retail and manufacturer governance.

In addition to Ooton, also representing the retail sector as co-chair is Craig Wilson, vice president of quality assurance and food safety at Costco. On the manufacturing side, Roy Kirby, global director of microbiology, food safety and toxicology at Mondelēz International, will serve as co-chair and Monique Pellegrino, innovation director at Danone, will serve as vice-chair.

In addition to Ooton’s appointment to a key role and a restructured GFSI board, she also was a keynote presenter at the FMI Midwinter Executive Conference in late January. Her appearance coincided with FMI’s move to rebrand itself as “the food industry association.” The rebrand reflects a strategic shift at FMI to take a more expansive view of the food retailing universe, a universe in which Amazon expects to play a more significant role.

Thus, the company is participating in events like FMI and the GFSI conference, which drew a global audience of 1,000 food safety professional, where it presents a “we’re all in this together,” point of view. That’s a noteworthy position considering the highly regulated world of food retailing. Accordingly, at the GFSI event in Seattle there were five Amazon executives on one panel who spoke to how the company uses artificial intelligence and machine learning to ensure food safety and oftentimes identify risks before a customer even complains.

Amazon representatives talked about how the company trains algorithms to make predictions on products that don’t have a history of concern. Once the company reaches a confidence level in its predictions it is the same as if someone called and said they were harmed. As each of the five panelists freely shared unique insights into Amazon’s approach to leveraging data and technological processes it became apparent that Amazon has evolved to a company that wants to be an industry leader in ways beyond simply selling more merchandise that anyone else. It recognizes it must also play a role in driving progress on shared industry challenges, even as it aspires to gain meaningful market share.

“Alone we can do so little, together we can do so much,” is how Frank Yiannas, described the shared responsibility culture prevalent in the food safety industry. Yiannas is a former Disney and Walmart executive who currently serves as deputy commissioner, food policy and response at the Food and Drug Administration. “People are surprised we have culture in our blueprint, but we do,” Yiannas said, describing a soon-to-be-released FDA document that envisions a new era of smarter food safety. With advances in technology, Yiannas envisions a future where there is food traceability at the speed of thought.

It is understandable that Amazon would want to be part of such a future.