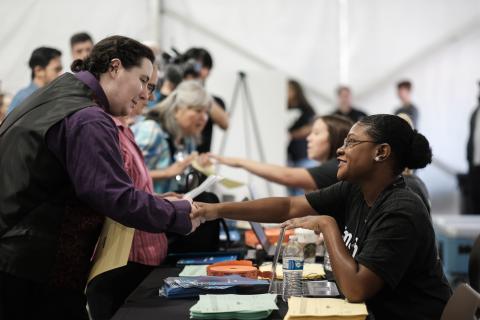 Roughly 250,000 of Amazon's own employees will receive a $15 an hour minimum wage beginning Nov. 1, a move that will have far-reaching implications throughout the retail industry.

Amazon will begin paying a $15 an hour minimum wage beginning Nov. 1, creating new challenges for competitors as they look to allay heightened criticism and recruit thousands of works ahead of the holidays. The move will affect the roughly 100,000 seasonal holiday employees Amazon intends to hire this year along with 250,000 other workers, including part-timers and those hired by agencies. Amazon currently has 575,000 employees.

“We listened to our critics, thought hard about what we wanted to do, and decided we want to lead,” said Jeff Bezos, Amazon Founder and Chief Executive Officer. “We’re excited about this change and encourage our competitors and other large employers to join us.”

The move comes as Amazon, other retailers and major carriers such as UPS and FedEx attempt to fill hundreds of thousands of seasonal jobs in an extremely difficult labor market. The national unemployment rate is below 4 percent which means most people who are willing and able to work already have a job. As a result there is increased competition for capable and dependable workers to fill additional positions which virtually gaurantees that many retailer jobs will go unfilled at a time when they are needed most. The move by Amazon only makes the situation more challenging for other retailers who may lack the resources to absorb increased labor costs, a calculus Amazon surely understands even as it characterizes the wage hike move as taking a leadership position.

And if that weren't enough of a new competitive challenge, Amazon said its public policy team will also begin advocating for an increase in the federal minimum wage. It stopped shorting of saying whether it believes $15 is the appropriate national wage, leaving that for legislators to decide.

“We will be working to gain Congressional support for an increase in the federal minimum wage. The current rate of $7.25 was set nearly a decade ago,” said Jay Carney, Amazon’s Senior Vice President of Global Corporate Affairs and the Former Press Secretary to President Barack Obama. Carney joined Amazon in March 2015. “We intend to advocate for a minimum wage increase that will have a profound impact on the lives of tens of millions of people and families across this country.”

Whether Congress takes action on the minimum wage is a moot point given Amazon’s recent move and those of other retailers before it, notably Walmart and Target, who made increased wage commitment several years earlier. The next effect is market forces are driving wages higher and because competition for entry level talent has never been greater and many jobs are likely to go unfilled during the holidays.

A recent survey by Korn Ferry of 20 major retailers conducted in September 2018 found that 23 percent weren’t able to fill all of their seasonal positions last year when labor conditions were more favorable for retailers. The situation will be more challenging this year with 67 percent of respondents indicating the wages increases have made hiring seasonal staff more difficult, and those views were expressed prior to Amazon’s $15 announcement.

“In this competitive market for qualified candidates, it’s important that retailers convey to prospective and current employees how their organization provides a better culture and work environment than other retailers,” said Korn Ferry Senior Partner, Craig Rowley.