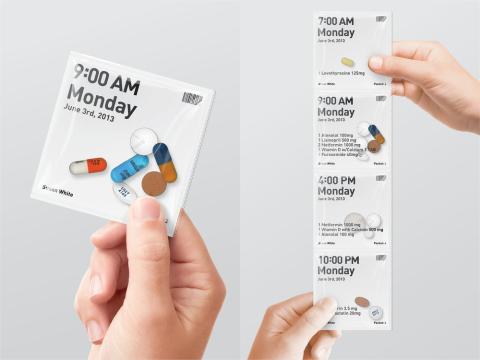 Amazon is making it more clear than ever that it intends to disrupt the drug store sector.

Amazon announced Thursday that it is acquiring PillPack, which is an online pharmacy that provides a medication delivery system through pre-sorted dose packaging, coordinates refills and renewals, and ensure medications are shipped on time.

“PillPack’s visionary team has a combination of deep pharmacy experience and a focus on technology,” says Jeff Wilke, Amazon CEO Worldwide Consumer. “PillPack is meaningfully improving its customers’ lives, and we want to help them continue making it easy for people to save time, simplify their lives, and feel healthier. We’re excited to see what we can do together on behalf of customers over time.”

PillPack is licensed to ship prescriptions within 49 states. The company previously had sale talks with Walmart, which had considered buying the startup for less than $1 billion, CNBC has reported.

This deal is one of the strongest indications of Amazon’s intent to disrupt the pharmacy and health-care industries. Amazon is threatening to remove one of the few distinguishing factors pharmacy chains have relied on: the sale of prescription drugs.

"Yes, it's a declaration of intent from Amazon," Walgreens Boots Alliance CEO Stefano Pessina told analysts in a call to discuss its quarterly earnings. "[But] the pharmacy world is much more complex than the delivery of a certain [pills or] packages.

Retailers such as Walgreens Boots Alliance, CVS Health and Rite Aid have seen their front end sales threatened as shoppers increasingly buy household staples online or from convenience stores. Shares of all three tanked Thursday on the news, along with drug distributors Cardinal Health, AmerisourceBergen and McKesson.

“Unsurprisingly, Amazon is taking its next big step towards becoming a huge player in the healthcare industry," said Sylvain Perrier, President and CEO of Mercatus. "The acquisition of PillPack puts Amazon in a position to become even more entrenched in peoples’ everyday lives and offer shoppers everything they need, straight to their doorstep. This move will also undoubtedly push the healthcare industry forward by encouraging adoption of delivered medication and opening shoppers up to a new, more convenient way of receiving health care."

Terms of the deal were not disclosed. The companies expect the deal to close during the second half of the year.