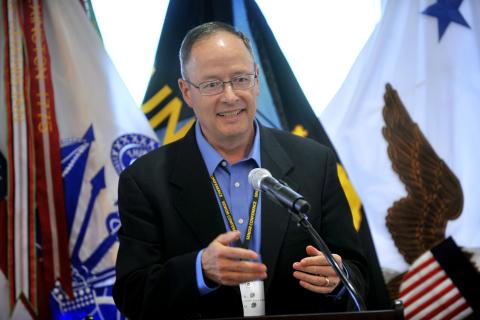 Keith Alexander joins Amazon's 11-person board of directors as the company's dukes it out with Microsoft over a Pentagon cloud-computing contract.

A former director of the National Security Agency has become the newest Amazon board member.

Keith Alexander joins the 11-person board of directors as Seattle-based Amazon dukes it out with Microsoft over a cloud computing contract for the Pentagon’s Joint Enterprise Defense Infrastructure modernization project — a contract that would be worth up to $10 billion over a decade or so, according to estimates. The Pentagon has given the work to Microsoft, but Amazon is challenging that decision, and in a recent blog post charged that Microsoft’s proposal was noncompliant, and that the contract evaluation process was flawed.

Alexander, now a retired four-star U.S. Army general, took over leadership of the National Security Agency in 2005 and held that job until early 2014. He also led U.S. Cyber Command. He later founded cybersecurity firm IronNet, and he remains its chairman and co-CEO. The company provides services to the U.S. federal government. For this appointment to Amazon’s board, Alexander will receive 288 shares of common stock, with vesting starting in late 2021.

“Amazon told CNBC in a statement that it selected Alexander because he is highly qualified, citing his public policy experience. The company stressed that Alexander’s director role will not have any overlap with Amazon Web Services’ management,” the news outlet reported. “Amazon added that Alexander will continue to follow strict conflict-of-interest rules for government contracting in his duties as a board member.

The appointment of Alexander and the dispute over the Pentagon contract serve as reminders of the importance of Amazon Web Services (AWS) to the e-commerce operator’s overall business. AWS had revenue of $10.81 billion in the second quarter of 2020, up 29% year over year — and representing some 12% of the company’s total Q2 revenue. Even so, that Q2 revenue growth rate for Amazon Web Services was lower than the 33% year-over-year increase reported for Q1, a signal of companies cutting costs as the pandemic drags on.