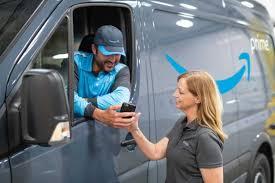 This year’s pandemic-delayed Amazon Prime Day has brought in more than $3.5 billion worth of third-party sales in the United States and 18 other countries, according to the e-commerce operator. That’s a nearly 60% percent increase from last year.

Prime has more than 150 million paid members, and such consumers also drove some $900 million in sales for small businesses via the event — a figure achieved amid Amazon’s ongoing marketplace charm offensive. This Prime Day delivered the two biggest days ever for third-party sellers, nearly all of which are small and medium-sized businesses. Top-selling categories for third-party sellers include bedding, wireless accessories, nutrition and wellness, arts, crafts and sewing, and health care.

"This year's Prime Day exceeded all of our expectations. On day one, we saw a 700% lift in units sold, leading to a record sales day for us,” said Caron Proschan, founder and CEO of Simply Gum, natural chewing gum and mint company based in New York. “Prime Day has become one of the most important events of the year for us as a small business, not only for its sales boost, but also as a way for us to build awareness with new customers."

According to Los Angeles-based consumer intelligence firm InMarket, since the Prime Day promotion began at Whole Foods on Sept. 29, store visitation increased by about 8% above average — an indication of the wide impact of Prime Day even in this year of the pandemic.

During the two-week lead-up to Prime Day, Holiday Favorites was the most popular holiday station and 50 Great Holiday Songs, Christmas Classics and Caroling at Christmas were the most streamed holiday playlists for Amazon Music listeners on the Prime tier in the United States — a sign of how Prime Day served as an on-ramp to the 2020 holiday shopping season.

On Prime Day, the fastest delivery was delivered in 29 minutes and 54 seconds, and included Febreze Car Air Freshener Vent Clips. In the United States, of those Prime members who selected Amazon Day as their preferred delivery option on Prime Day, Saturday was the most popular delivery day chosen.