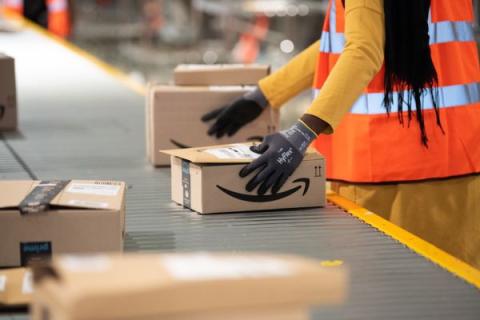 An Amazon Staten Island warehouse voted 2,654 for the union and 2,131 against in favor of joining a union. Sixty-seven ballots were challenged. The results will be certified by the National Labor Relations Board (NLRB). The warehouse, known as JFK8, is Amazon’s largest in New York.

The move will likely have an impact on union efforts across Amazon facilities elsewhere. Amazon has historically discouraged unions among its workers, and the company reportedly put up “Vote No” posters across the walls of JFK8. The union potentially poses a threat to the business model of the e-commerce giant. Amazon also touted its own benefits in an effort to counter the possibility of a union.

“We’re disappointed with the outcome of the election in Staten Island because we believe having a direct relationship with the company is best for our employees,” an Amazon spokesperson told CNBC. “We’re evaluating our options, including filing objections based on the inappropriate and undue influence by the NLRB that we and others (including the National Retail Federation and U.S. Chamber of Commerce) witnessed in this election.”

The New York workers’ union, Amazon Labor Union (ALU), could aim to disrupt the control Amazon has over its workers, including setting the pace of work and hourly wages, according to CNBC. Already, the ALU has called on Amazon to make its productivity levels more reasonable.

Amazon has defeated other union threats in the past, including a group of Alabama warehouse workers last year. At the time, it was the largest workforce threat to the e-commerce giant. Ultimately, workers voted not to unionize as Amazon‘s influence won out.

The New York union was led by Christian Smalls, who was fired by Amazon in 2020. Smalls has been a vocal activist and notably set up a guillotine outside the home of Amazon founder and former CEO Jeff Bezos. Worker activism has generally been elevated at Amazon since the onset of the COVID-19 pandemic, CNBC reported.