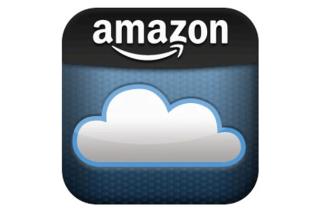 Amazon is working with Whole Foods executives on a new format poised to disrupt the grocery industry.

During the company's third-quarter conference call, Amazon CFO Brian Olsavon told analysts and investors that the retailer is working on developing new grocery store formats as part of its integration of Whole Foods Market.

"There will be a lot of work together between Prime Now, AmazonFresh, Whole Foods, Whole Foods products on the Amazon site, Amazon Lockers at the Whole Foods stores. So, there will be a lot of integration, a lot of touch points and a lot of working together as we go forward. And we'll be also developing new store formats. We are experimenting with a lot of formats. I think that Whole Foods really gives us a vast head-start on that and a great base,"  Olsavsky said. "So we're really excited about that and I think working together, will bring our different strengths to the table and really be able to build on behalf of customers."

"We are adding a few more in the near future in California, Washington, D.C., and Austin. So, yeah, you will see more expansion from us. We're not ready to announce what that will look like and we are working with the Whole Foods team on how many more stores we might have in that area. But still early, so those plans will develop over time," Olsavsky added.

On Friday Whole Foods announced it would be hiring 6,000 new workers for its U.S. stores. The company will be hosting an event on Nov. 2 that includes full-time and part-time opportunities for both seasonal and permanent positions, including cashiers, culinary experts and prepared foods specialists. Candidates can visit any Whole Foods Market store on that day and receive an interview, with opportunities for on-the-spot job offers.

“In the last month alone, we’ve launched five new Alexa-enabled devices, introduced Alexa in India, announced integration with BMW, surpassed 25,000 skills, integrated Alexa with Sonos speakers, taught Alexa to distinguish between two voices, and more. Because Alexa’s brain is in the AWS cloud, her new abilities are available to all Echo customers, not just those who buy a new device,” said Jeff Bezos, Amazon founder and CEO. “And it’s working — customers have purchased tens of millions of Alexa-enabled devices, given Echo devices over 100,000 5-star reviews, and active customers are up more than 5x since the same time last year. With thousands of developers and hardware makers building new Alexa skills and devices, the Alexa experience will continue to get even better.”