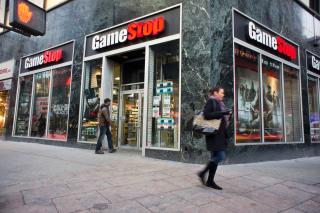 GameStop this week laid off more employees, including some who were working on its NFT wallet, according to reports.

The news of the layoffs was first reported by Axios, which said at least six employees had reported on LinkedIn that they’d be let go by the company. The outlet said a source at the company claimed layoffs had impacted the team working on GameStop’s blockchain wallet, which the games retailer launched in May. According to a press release earlier this year, the wallet enables gamers to send, receive and use cryptocurrencies and non-fungible tokens (NFTs) across decentralized apps in their web browser.

It’s the third round of layoffs for GameStop this year, which most recently cut jobs in July after it fired its CFO, Axios reported. The scope of the latest round of cuts at GameStop are unclear, and in an email to employees, CEO Matt Furlong referred to the cuts as “headcount reductions,” according to the news outlet Kotaku.

“Now that we are emerging from the rebuilding phase of our transformation, GameStop has a strong foundation from which to pursue profitability in the near-term and sustainable growth over the long-term,” Furlong wrote in the email, according to the report.

“We’ve recently completed several projects that were part of the initial phase of our transformation and enable the business to operate with increased efficiency,” he added. “In addition, we’ve continued to gain clarity regarding the right level of corporate staff needed to achieve our profitability and growth goals. These two factors informed the decisions that were taken across the organization.”

In a post on LinkedIn, Neda Pacifico, GameStop’s SVP of e-commerce, said the cuts impacted people across the retailer’s product, engineering, marketing and operations teams.

GameStop is the latest company to make late-in-the-year layoffs. Amazon in November confirmed it was eliminating positions in the devices and services division of the company, which works on products like Amazon’s Echo and Alexa devices. Fast-fashion retailer H&M announced layoffs at the end of November, saying it would cut about 1,500 positions in “central functions” at the company as part of an effort to save about $188 million annually beginning next year. Gap in September announced it would cut 500 corporate positions following disappointing earnings earlier in the year. Other major companies, including Meta and Twitter, have also recently laid off thousands in their workforce.