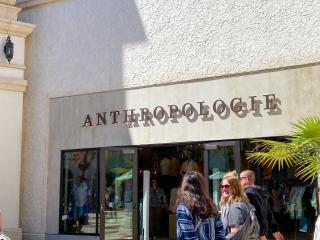 Anthropologie will unveil a pop-up exhibit in New York City and launch its first coffee table book as part of its 30th-anniversary celebrations, the company announced in a release.

The public pop-up installation titled “By Hand, By Heart” will run Oct. 1-2 at the New York Academy of Art and will feature previous Anthropologie window displays, in-store vignettes, and other notable objects from the store’s three-decade history. The retailer will also publish a coffee table book, titled “The Art of Anthropologie,” which will include photos of the retailer’s stores, stories about some of the brand’s products and a behind-the-scenes look at the retailer’s creative team.

The clothing retailer, which operates about 200 stores in the U.S., Canada and Europe, also updated its “A Greater Good” initiative, which launched earlier this year and focuses on its efforts in the areas of sustainability and social responsibility.

Anthropologie said it plans to donate $1 million over the next four years to organizations and programs that support education and the arts. It has previously partnered with organizations that include The Nature Conservancy, Nest, She's the First and Morris Home.

Retailers and brands have been amping up their efforts to become more sustainable. Athletic gear manufacturer and retailer Puma recently unveiled a clothing collection made with recycled materials, as Retail Leader reported. As part of the “A Greater Good” initiative, Anthropologie earlier this year partnered with Cotton Incorporated's “Blue Jeans Go Green” program to offer customers the opportunity to recycle unwanted denim.

“We will continue to celebrate curiosity, creativity and innovation, and hope that our brand will always spark a sense of joy in our customers,” said Tricia Smith, the Global CEO of Anthropologie Group, in a release. “We are honored to have built such a robust community and acknowledge the responsibility we have as a brand to continually review how we can do better and how we push forward to better our business and our practices. We are beyond grateful, appreciative and enthusiastic to continue in our journey together and for the next 30 years of Anthropologie."

Anthropologie is owned by URBN, the Philadelphia-based company that owns retail brands that include Urban Outfitters and Free People. The company last year tapped Smith to lead the brand after she spent more than 25 years working for Nordstrom (as well as just under two years as the chief merchandising officer at Tilly’s).