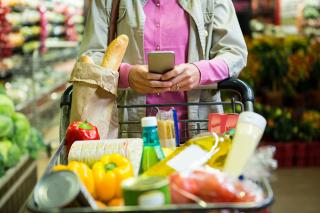 Many consumers seem likely to stick with mobile and online commerce in the coming months.

More consumers are shopping online as the pandemic continues, but most shoppers are skeptical about returning to retail stores, according to new research from Intelligence Node.

The findings are the latest data to describe shopper attitudes as the pandemic continues and economies reopen, often in phases set by local and state public health and political authorities. This new data joins other research about how retail might fare in the coming months leading up to the 2020 holiday shopping season — months that promise to bring significant challenges to retailers even as consumer spending might increase.

These coming months will see the further rise of pandemic e-commerce, according to Intelligence Node. Its newest report found that 59% of consumers report still shopping online during the COVID-19 outbreak, up from 31% in April. Even as physical retail stores reopen, 82% of consumers said they plan to keep shopping online. According to the report, “45% say they will shop in-person as soon as stores re-open, but 55% say they will wait one month or more, before shopping in stores again.”

But those consumers appear ready to give their support to smaller merchants, many of them hit much harder by forced store closings and stay-at-home mandates. Intelligence Node found that 48% of consumers plan to “shift spending towards small or local businesses.”

Apparel sales have taken a particularly hard hit during the pandemic — according to the U.S. Census Bureau, in April, sales of clothing and accessories dropped by 88%. Yet Intelligence Node found that 65% of male consumers and 55% of female consumers are still shopping online for clothes, shoes and accessories. Indeed, Amazon hopes to plug into that online shopping habit. It reportedly will offer a summer fashion sales event in June, putting fresh energy into its retail efforts after pushing its annual Prime Day event back to September.