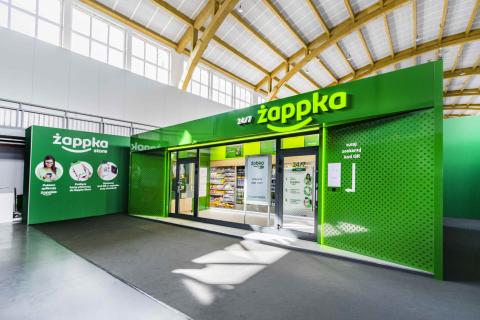 The new store, located in Poznan, Poland, is small, measuring in at 210 square feet. AiFi’s “NanoStores” are fully autonomous and portable, meaning they can be shipped anywhere and set up in any location. Żabka’s NanoStore is situated between a trade -fair center and train station and will serve commuters fresh coffee and snacks.

Shoppers have a checkout-free experience in the store. AiFi’s autonomous store platform is combined with Żabka’s app, so shoppers can scan to enter the store. Once inside, “computer vision-powered cameras around the store will observe and track the items that a customer places in their shopping bag,” according to a press release. When done shopping, customers walk out of the store, and a receipt is sent to their app and email within minutes.

The innovative concept comes as more consumers are looking to keep contactless shopping methods adopted during the COVID-19 pandemic. The convenience store sector is a current leader of experimental store design concepts, with retailers testing out new food options and other unique offerings through novel and one-off store locations.

The model is a first for Żabka, but the two companies are planning to roll out a format that combines the NanoStore design and Żabka’s micro markets powered by AiFi.

“Żabka is one of the fastest growing retail brands in the world and we’re very excited to bring the prototypes that we’ve been developing together to life in Poznan,” said Steve Gu, co-founder and CEO at AiFi. “Żabka was interested in our NanoStores because they wanted to bring convenient autonomous shopping close to their customers and make operations easier. This is the future of retail and we’re excited to bring this technology and consumer experience to other locations across Poland and Europe in partnership with Zabka.” 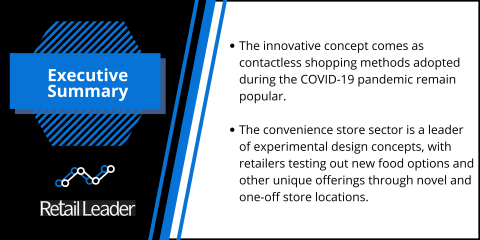 AiFi boasts a 99% accuracy rate for its computer vision-technology, preventing theft and ensuring a seamless experience for the customer. The technology also works on the back end to notify the store when certain items are running low and may need restocking. Notably, AiFi does not use facial recognition software in order to protect privacy.

“The opening of this autonomous store is such an exciting moment for us. AiFi is a great partner, allowing us to adjust and customize the experience to fit the needs of our customers,” Tomasz Blicharski, managing director of Żabka Future, said in a statement. “The solution we created together is designed to meet our customers’ expectations by offering them the most advanced, convenient, and fastest shopping experience on the market.”

Żabka’s network includes approximately 7,200 shops, with plans to expand its modular store format, which will leverage AiFi’s NanoStore technology. AiFi has 15 stores internationally with other brands. 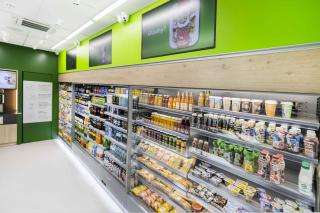