Photography by Vito Palmisano
When it comes to customer service, Roche Bros. follows the crowd.

That crowd migrated from Boston, where the first Roche Bros. store opened in 1952 as a meat and produce store, out to the suburbs. Boston's 'burbs are where Roche Bros. grew into a regional powerhouse, with 21 stores doing an estimated $600 million in annual sales.

But the newest Roche Bros. store, opened in April, is the first full-service grocery store in the city's downtown.  The store, in a recently restored edifice called the Burnham Building, is the grocer's acknowledgement that many middle- and upper-middle-class consumers are now reversing the migration tide and returning to the city.

"We've always been part of the more residential part of the city," says Paul McGillivray, vice president for sales and merchandising. "And then the company development really followed the postwar move to the suburbs." Roche Bros. grew in Boston's close-in suburbs and expanded outward with the population.

The new store, in Boston's Downtown Crossing neighborhood, is Roche Bros.' acknowledgement that the city is becoming a more popular destination for the middle- and upper-middle-class consumers who form their core customer base.

"I think the pattern of the company's growth now is reflective of society's shifts, where the move to the cities is on in full force, and Boston clearly is participating in that," McGillivray says. "I think retail follows people. Customers are moving back and enjoying what cities have to offer, and that creates opportunities for retailers given enough population to be able to move in and find viable locations."

But no matter where the customers live, they basically want the things that Roche Bros. has always provided: friendly service, stores that are clean and visually appealing, and high-quality food, especially fresh food.

High-quality fresh food was integral to Roche Bros. from the beginning. The first store, opened in 1952 in Boston's Roslindale Square neighborhood, started out as a butcher shop. It added produce, then grocery.

"The company's roots are as a meat market, so our meat offering has always been particularly strong, as well as our produce over the years," McGillivray says. "We've had one produce supplier in the entire time the company has been in existence."

This history has left Roche Bros. in a good position to cater to consumers' increasing desire for fresh food. In the last 15 years or so, that has meant enhancing offerings in prepared food and foodservice, deli and bakery.

"We compete clearly on the quality and the range of product in perishable departments," McGillivray says. "We have generally mid-range size stores, so it's really critical in terms of assortment and competitive pricing in the groceries."

Great service is another competitive advantage. Asked what customers love about Roche Bros. stores, Rick Roche, CEO and second-generation member of the founding family, says, "Without question it has to be our people and the way our associates make our customers feel at home. Customers trust us to provide the highest quality food and outstanding service for their families."

Marketing director Dena Kowaloff says that store associates build relationships with customers: "If you come in more than twice, there's a good chance that our associates will remember you." Regulars are warmly greeted and asked about their children and grandchildren. "Our associates just do an incredible job of building connections with these customers," Kowaloff says. "We have people picking specific checkout lanes because they really enjoy talking to the cashier."

Good service comes from happy employees, and Roche Bros. does its best to keep its employees happy. The company has been on the Boston Globe's list of the top 100 Boston-area places to work for as long as the list has existed. It also won a recent Corporate Citizen of the Year award from the Massachusetts Food Association.

The basis for the good relations, with both employees and customers, is a common principle that co-founder Pat Roche adopted at the company's inception.

"Clearly the overriding deal within the company is Pat Roche always professed operating by the Golden Rule," McGillivray says. "Simply treat each other the way we would like to be treated. [If we do that], our customers will be taken care of, our relationships with the company will be great, and we'll be successful. In fact, that quote is on the wall at the Downtown Crossing store."

That store, opened in April, is not only the latest Roche Bros. store in the city limits; it's the first full-service grocery in Boston's downtown. It's in the Burnham Building, which locals have long known as the Filene's building, even though that department store left eight years ago–and the property had been vacant since.

Despite the long vacancy, the centuries-old building had a lot to recommend it, especially in its architectural features, which include an intact original façade, exposed steel columns and terracotta tiles at street level. Roche Bros. worked with its developer to maintain the integrity of the structure as much as possible. When they were about to open, Roche Bros. got a note from the great-grandson of Filene's founder, thanking them for returning the space to retail, Kowaloff says: "It was really touching."

The street level of the Downtown Crossing store is dedicated to prepared foods for takeout. Offerings include a salad bar, a hot bar, a soup bar, a wall of prepackaged salads, sandwiches, and sushi, cold drinks, and desserts that include a warm cookie station. A full supermarket offering is available on the floor below.

This arrangement was calculated to appeal to the urban clientele, McGillivray says: "Our objective there was multifaceted. It was to provide breakfast, lunch, and dinner options quickly for the residents of that area. So speed of service in that particular location was the overriding concern. The customer can come in, make a great selection, pay and leave relatively quickly. We also wanted that front street level to be a really inviting space for the market as a whole. As opposed to just stepping onto an escalator, you step into a food experience, and then you take the escalator down to a different food experience."

The Downtown Crossing store had to make certain other variations from the norm, due to both its relatively small size (25,000 square feet) and the nature of the clientele. Aisles are a little narrower and shelves a little higher than the typical Roche Bros. store. The selection had to be carefully curated, McGillivray says: "Given the fact that it's a relatively small store, what do we put in there to make sure that we're serving the needs of our customer best?"

Pre-project market research helped answer that question. McGillivray names one example: Potential customers "told us that they really like to entertain casually, and that they like to buy cheese, olives, nuts and wine. So we created a wonderful cheese shop, things like that."

Those types of young, middle- or upper-income customers often grew up in the suburbs, where Mom and Dad did their shopping at a Roche Bros. store. "They have fond memories of going Roche Bros., getting a muffin from the bakery, those kinds of early experiences," Kowaloff says. "Their support, excitement and presence has been really strong with the downtown store."

The Downtown Crossing store is an example the kind of organic growth that Roche Bros. has been known for. "I would think we would continue to grow organically and carefully, but you always evaluate any opportunity that may come along," McGillivray says.

One new form of growth has been a new small-store banner that Roche Bros. developed in the last year. It opened two new stores branded as Brothers Marketplace, in Weston and Medfield. Brothers Marketplace stores are smaller, between 9,000 and 12,000 square feet, with a basic grocery assortment and a heavy emphasis on perishables, including local, organic and specialty foods. "We developed a concept that really capitalizes on fresh," McGillivray says. Roche Bros. is working on that concept and "we will hopefully be in position to grow that along with our bigger stores," he says.

Specialty services offer other avenues of growth. One of these is through the internet. Roche Bros. has had online service, for both home delivery and pickup at selected locations, for about eight years. The online service features temperature-controlled delivery trucks, a help desk, and prices guaranteed to be the same as inside the stores.

Another specialty service is catering. Roche Bros.' catering takes many forms, from party platters up to white-tablecloth full dinners, complete with service staff.

The local nature of Roche Bros. gives it an advantage unavailable to big chains. "I think the difference with our stores, as opposed to big chain stores, is that the way we operate, we're clearly part of the community," McGillivray says. "But as important as that is, you still have to earn your stripes every day." 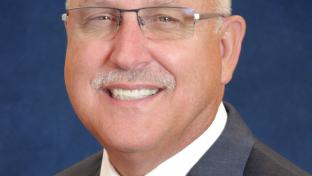 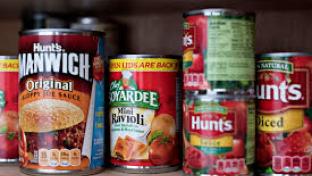