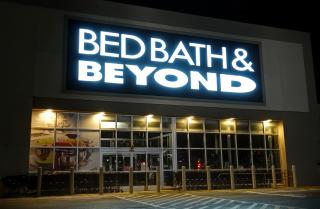 Bed Bath & Beyond this week updated its list of store closures as part of the struggling retailer’s efforts to transform the brand.

The updated list this month includes 62 new Bed Bath & Beyond store closures in addition to the more than four dozen stores the retailer announced it was closing in September last year.

In addition to store closures, the retailer also this month began another round of layoffs in January as part of its broader cost-cutting measures. Bed Bath & Beyond confirmed the layoffs in a statement emailed to Retail Leader.

“As part of our turnaround plan, we are re-evaluating all aspects of our enterprise and resetting elements of our foundation,” a company spokesperson said. “As our strategic direction changes and we streamline our operations, it is necessary to right-size our organization to ensure we are equipped for the future. Unfortunately, this has necessitated making the difficult decision to say goodbye to some of our colleagues.”

Bed Bath & Beyond told Retail Leader that all employees continuing to work at Bed Bath & Beyond would “remain focused” on its turnaround efforts, adding: “Our associates have built our business and understand the importance of our work. As we consider the paths forward and power our turnaround, we are fortunate to have a talented, dedicated and hard-working team to help us realize our full potential.”

The retailer did not specify how many positions in total would be cut, which positions were eliminated or detail the timeline for the job cuts.

According to a report from CNBC, the retailer in a memo to employees this week first detailed the layoffs, which include the elimination of its chief transformation officer role, most recently held by Anu Gupta.

“While we have taken several important initial steps in our turnaround plan with strong execution, our Q3 2022 results signal that it will take longer to translate actions into outcomes,” said Bed Bath & Beyond CEO Sue Gove in her email to employees, according to CNBC.

Gove was hired as the retailer’s president and CEO in October last year after she spent months in the role in an interim capacity, Retail Leader previously reported.

As CNBC reported, the retailer has been working with the outside firm Berkeley Research Group as part of its transformation efforts to stay in business and stave off bankruptcy, though the firm has been replaced by AlixPartners, sources told the outlet.

Despite its cost-cutting efforts (the retailer says it’s on track to cut around $500 million in costs), Bed Bath & Beyond continues to struggle. It earlier this week reported larger losses than anticipated in the third quarter of last year. The retailer also said it was considering filing for bankruptcy amid slowing sales and foot traffic.

“While the company continues to pursue actions and steps to improve its cash position and mitigate any potential liquidity shortfall, based on recurring losses and negative cash flow from operations for the nine months ended Nov.26, 2022, as well as current cash and liquidity projections, the company has concluded that there is substantial doubt about the company’s ability to continue as a going concern,” the retailer said in a statement.