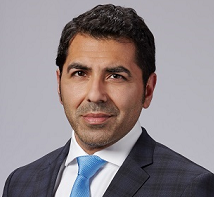 In March, Tritton named former Walgreens top merchant Joe Hartsig to the role of chief merchandising officer. Two weeks ago, John Hartmann was named to the key role of COO after he previously served as CEO of True Value Company. Most recently, Gustavo Arnal was named CFO and treasurer. He previously served as group CFO of Avon and also held roles at Walgreens Boots Alliance and Procter & Gamble. He fills a position previously held by Robyn D'Elia who left the company.

Other notable recent appointments include:

"We remain committed to rebuilding our business and strengthening our ability to serve our loyal customers, while we respond to the challenges presented by COVID-19,” Tritton said. “In addition to the appointments of Joe Hartsig as chief merchandising officer, and John Hartmann as chief operating officer, we are continuing to bring in experienced, passionate leaders of change into our business, with strong expertise in business transformation and omnichannel retail.  This is a world-class team that will accelerate and drive our transformation.”