The barcode scanner decades ago epitomized technology in the retail food industry. No more.

Now a variety of new technologies are emerging as game changers. Hosted software-as-a-service. Apps for smartphones and tablet computers. Sophisticated predictive analytics for forecasting sales and inventory. And of course, social media which is allowing two-way digital conversations with consumers. Tablet computers such as iPads are even starting to replace cash registers in some food and wine stores, because they're capable of so much more than conventional point-of-sale devices.

No less than a digital transformation has become the defining issue for the industry, "with enormous ramifications for corporate management and productivity," according to a new report by the Grocery Manufacturers Association and PricewaterhouseCoopers. Business mobility has boosted productivity in sales, supply chains, distribution centers and stores as well as contributing to individual productivity, explains the "2011 Financial Performance Report: Thriving in a Connected World."

Executives at Procter & Gamble Co. aim to "digitize the company from end to end," says chief financial officer Jon Moeller in the report. "We want people to have 24/7 access we call it 'always on' to the information they need to both update them on the state of the business and to make decisions."

The GMA report cites analysts who predict productivity levels could as much as quadruple, thanks to new technology that makes data available on all manner of devices, from laptops and tablets to smartphones.

Powerful new software and reduced costs for computing now enable more sophisticated analysis and tracking of buying patterns. Retailers can forecast the future better than ever, reducing waste and optimizing the time products spend on the shelf.

Waitrose Ltd., a Berkshire, England-based grocery chain with more than 190 stores across Great Britain, wanted to make sure it had ice cream on hand during heat waves and plenty of mince pies for Christmas. After adopting a demand forecasting system from SAS, a developer of software analytics, Waitrose says it can better meet consumer demand, replenish shelves and improve the balance sheet.

Waitrose had done well since the 1980s in normal demand forecasting and handling replenishment of shelves, but it was struggling to process orders for promotions such as Halloween and Mother's Day, says Gail Richmond, manager of branch ordering development at the retailer. "[Now] if we've seen an event before, we can forecast demand using our historical data," Richmond says. "If we haven't seen it before, we still can model using a line or product in the same grouping."

The company reports that after the analytics rollout, it reduced the time products spend on the shelf at least 8 percent and cut wastage 4 percent. The goal is "to make sure we're hitting the shelf at the right time with the right amount of stock ... and helping stores be really productive," Richmond says.

Waitrose found its stores did a better job of managing both dry goods and products in refrigerated cases. "Managers now had more time to spend focusing on customer service and satisfaction. Results like these, together with other measures, are having a significant impact on the bottom line," Richmond says.

Predictive analytics enables users to peer into the future, predicting consumer buying habits based on purchase patterns that the software mining data uncovers, says Diana McHenry, director of global retail product marketing for SAS. Marketers can use this information to create promotions or to forecast whether raising prices in one area and decreasing them in another will impact sales of other items.

"Predictive analytics helps you really go beyond just reporting on things ... [to] predicting what will happen with different changes in mind," McHenry says.

The amount of data available to food retailers and producers continues to grow as social media evolves, including feedback from Facebook, blogs and Twitter. But increasingly the interactions with consumers are two-way, say experts.

"[We] can take a look at shopper insights from customer preferences, buying behaviors, what customers are saying about a grocer and social media, and use all that insight to attract and retain and grow their customers," McHenry says.

Until recently, CPG companies such as Kraft, Sara Lee and Procter & Gamble relied on customer data from grocery and convenience store chains, says John Rossi, global head of CPG consulting, business advisory services at Wipro Technologies. "They've pretty much wrung everything they could out of that level of data," he says.

Now, thanks to social media, companies can build one-on-one relationships with shoppers.

"Earlier data was primarily used to understand the consumers, but now you can tweak it so that you can tweak the behavior of the consumers as well," says Mani Subramaniam, Wipro's vice president of retail, CPG, transportation and government.

For example, more and more CPG companies are offering coupons on Facebook, which has become a popular destination among middle-aged mothers who play games and communicate with friends and family, Wipro notes. Many of the most-active users have 250 friends with whom they share access to coupons. To tap these consumers, some companies even have built product placement into popular games, creating brand awareness among gamers who earn loyalty points, Subramaniam says.

In addition to handling coupons online and providing kiosks in stores, Coupons.com has developed Grocery iQ, a digital shopping cart accessible from smartphones that is also available under private label in 47,000 store locations in the United States, says Steven Boal, president and chief executive officer of Coupons.com.

Using their smartphones, consumers can tap the digital shopping cart to keep track of what they want to buy, much like a traditional shopping list. But thanks to mobile technology, the phone knows when the consumer enters a particular store. Appropriate coupons are offered along with an aisle-by-aisle layout of the store with the products the consumer is looking for, and items can be added to a shopping list using products' UPC codes.

Grocers can include their private label products in the database of more than 130,000 items, Boal says, and they're learning to plan promotions in real time.

"Promotion planning has always been done on a long-term scheduled basis. Now they can decide on a Thursday to have a program in market on Friday. Then they can see how the velocity of the program does," Boal says. Depending on the results, the retailer can pull the program earlier or change the dollar values of coupons in the market, he says.

McCormick & Co. Inc. has linked with 40 percent of the retail coverage in the United States, including chains such as Kroger, Food Lion and ShopRite Supermarkets, says Jerry Wolfe, chief information officer at McCormick & Co. When the retailers promote steak in their online weekly circulars, McCormick recommends its Grill Mates Montreal Steak Seasoning so consumers can add it to their shopping lists. Tailored to the retail location and consumers' lists, the personalized recommendations are designed to increase loyalty to both the retailer and the manufacturer.

Combined with online recipes, Wolfe says, this creates a powerful tool for consumers, retailers and McCormick.

"We have a relationship where we can actually take that recipe and turn the ingredients into a shopping list that's specific not only to that retailer, but the store you like to shop in," he says.

Wolfe says research shows consumers who use apps on their smartphones to execute their shopping lists in the store accomplish in 20 minutes what used to take them 30 minutes. But instead of leaving the store after 20 minutes, they just shop even more. "Their shopping baskets were worth about 15 percent more than the nominal value of their lists," he says.

Computing in the cloud

New cloud computing software applications offer the advantage of remote access and redundancies in the event of an outage. Often, they're developed to address a problem area for retailers. For example, Amy Bennett and Jason Richelson invented ShopKeep for medium- and small-sized grocers after the computer servers in their three Brooklyn stores failed simultaneously while the partners were on vacation in France.

Richelson, a former stock trader, developed ShopKeep software to enable sales to be processed and recorded on an iPad even if a centralized computing system has failed. Now other grocers and wine retailers are using the software for $49 a month in a cloud-based application that can be accessed via the Web or iPads.

Howard Wolinsky is a Chicago-based business/technology writer and an adjunct professor at Northwestern University's Medill School. His work has appeared in BusinessWeek, Chicago Tribune, Crain's Chicago Business and Chicago Sun-Times. 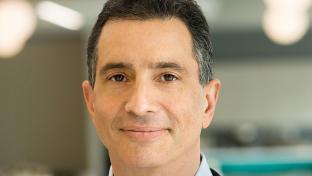 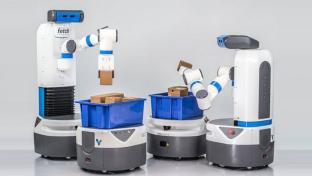 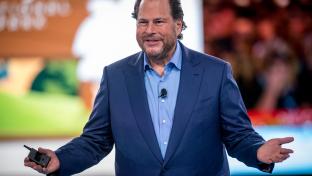