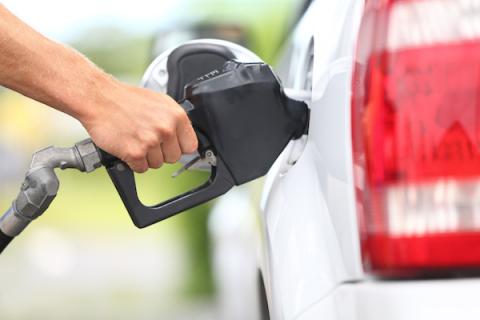 BNPL payment service Klarna has partnered with gas stations chains Chevron and Texaco to allow consumers to pay for a fillup at the pump over six weeks. Klarna alerted users of its app that they can grab gas or snacks at these retailers and split the cost over six weeks.

The move comes as gas prices reached a record high on March 11 this year, with the average price at the pump hitting $4.33 per gallon nationwide, according to AAA. Since then, prices have subsided slightly. Prices had not breached the $4 mark since 2008. Russia’s invasion of Ukraine is only one reason prices have been on the rise.

Low oil production and less oil and gasoline from other sources has been the main culprit. After travel activity significantly died down in 2020 at the onset of the COVID-19 pandemic, oil producers kept production low to maintain higher prices. Now, as travel has resumed, production hasn’t yet kept pace with demand, sending prices skyrocketing.

The prices are so high that California Governor Gavin Newsom proposed giving $400 per vehicle to residents to ease the burden. The amount would be capped at $800 for a household with two cars. The rebates would cost the state $9 billion. Los Angeles County, the most populated county in the U.S., has seen average gas prices reach $6.03 per gallon this week, while other California counties have also breached $6 per gallon. In addition to similar supply problems as the rest of the country, an unscheduled outage at a major refinery in Torrance, California, three weeks ago has had a big impact on the state’s gasoline supply, CNN reported.

The expansion to gas stations is a big move for BNPL options, which have come under more scrutiny over the past year. The Consumer Financial Protection Bureau opened an inquiry at the end of 2021 into five BNPL companies––Affirm, Afterpay, Klarna, PayPal and Zip.

“Buy now, pay later is the new version of the old layaway plan, but with modern, faster twists where the consumer gets the product immediately, but gets the debt immediately too,” CFPB Director Rohit Chopra said of the inquiry in a December press release. “We have ordered Affirm, Afterpay, Klarna, PayPal, and Zip to submit information so that we can report to the public about industry practices and risks.”

BNPL options are more popular with Millennials and Gen Zers than other generations. In fact, 44.1% of Gen Z digital buyers are expected to use BNPL services in 2022, according to a recent prediction from eMarketer. More than a third of Millennials are also expected to use BNPL. Overall, BNPL is expected to continue growing, particularly as prices climb ever higher in the retail sector and inflation rises.