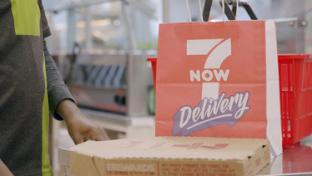 C-stores are looking to new delivery services and other features to win over consumers in 2021.

That’s according to the 2021 NACS/Nielsen Convenience Industry Store Count. The store count is based on c-stores that were open as of Dec. 2020.

The decrease in the total convenience store count was expected, given the overall retail contraction in the United States, the report said.

“While pandemic-related restrictions significantly affected commuting in 2020, leading to an estimated 10% to 15% decrease in fuel demand, fuel was still an important convenience offer as customers increasingly relied on their local convenience store to bundle shopping occasions when fueling up and also purchasing fill-in grocery items and take-home meals at stores,” said NACS VP of Research Lori Stillman.

Despite the third straight yearly decline in stores, the overall convenience store count has increased 2.7% during the past decade. The last time the industry saw multi-year declines was 2009 and 2010, related to the economic fallout of the Great Recession.

“The sustained growth of online shopping and the long-term effects of the pandemic will continue to reshape consumer shopping routines and affect the overall retail landscape and make for extremely challenging times. At the same time, there are opportunities, especially for small retail, to implement more online offers and last mile fulfillment to provide convenience however the customer defines it,” said Andy Jones, NACS vice chairman of research and technology, who is president and CEO of Sprint Food Stores (Augusta, Georgia).

Among the states, Texas continues to have the most convenience stores (15,695 stores), or more than one in 10 stores in the country. The rest of the top 10 also remains the same from the year prior.

Performance vs. Other Channels

The decline in the convenience store count reflects the decline of all brick-and-mortar stores. Overall, retail contracted 2.1%, with the dollar store channel being one of the few channels that saw growth (+3.1%). All other major competing channels had fewer units by Dec. 2020.

In addition are “gas station/kiosk” stores that sell fuel but not enough of an in-store product assortment to be considered convenience stores. There are 15,638 kiosks, led by 1,673 kiosks in California, 1,339 in Texas and 924 in New Jersey, a state that requires full-service fueling. The kiosk format saw a 9.4% decline over the past year and 29.2% decline over the past five years as more consumers seek out stores that have robust food and beverage offers.