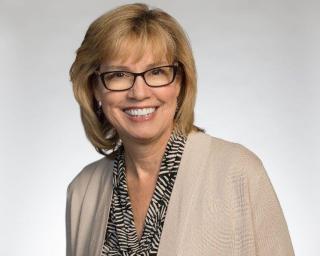 Her hiring follows a flurry of C-suite appointments the past six weeks as the retailer’s new president and CEO Mark Tritton has sought to rebuild a senior leadership team. Davis fills a key role that involves stewardship and execution of brand strategy, as well as marketing and communications across the company's retail banners. She will also support the team responsible for developing and executing a growth strategy for the online interior design service branded as Decorist.

“Cindy's arrival as Chief Brand Officer follows a number of recent executive appointments as we establish a world class leadership team to rebuild our business and strengthen our authority in the home space,” said Bed Bath & Beyond CEO Mark Tritton. “Cindy has an incredible track record leading brand strategy, digital, and consumer insights for some of the largest and most beloved brands in the country and her expertise will be invaluable as we strengthen our omni-always shopping experience and deepen our relationship with customers."

Davis served as EVP and chief digital marketing officer at L Brands the past two years, and for two and a half years prior to that she was EVP of customer experience for the Disney ABC Television Group. Prior to that she spent nearly eight years at Walmart, first as SVP of membership and marketing for Sam’s Club and then as EVP of global customer insights and analytics for Walmart.

Her hiring at Bed Bath & Beyond follows a host of other senior level appointments involving executives with diverse backgrounds who must now coalesce as a leadership group to execute a retail transformation.

Other recent hires include the addition of former top Walgreens merchant Joe Hartsig to the role of chief merchandising officer. The company also recently named John Hartmann to the key role of COO after he previously served as CEO of True Value Company. Most recently, Gustavo Arnal was named CFO and treasurer. He previously served as group CFO of Avon and also held roles at Walgreens Boots Alliance and Procter & Gamble.