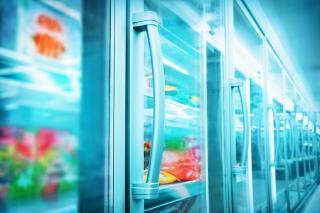 Conagra made gains with refrigerated and frozen foods in its latest financial quarter.

Conagra Brands Inc. said this week it will put more investment toward manufacturing capacity amid increasing consumer demand for at-home food during the the pandemic.

“The significant volume increase was primarily driven by consumers increasing their at-home food consumption as a result of the COVID-19 pandemic, which benefitted the Company's retail businesses and negatively impacted the Foodservice segment,” Conagra said.

By contrast, net sales for the Foodservice segment decreased 27.9% to $193 million. “Volume decreased 34.2% primarily driven by lower restaurant traffic as a result of the pandemic,” the company reported.

“We had this massive initial surge, right, with pantry stocking and alike, and that went a long way toward kind of depleting our inventories and really starting to deplete customer inventories,” Connolly said. “Since then, while we haven't been at the level of that initial surge, demand has been extremely high.”

He then addressed how how the company plans to deal with consumer demand during the second half of 2020, months that could bring more spread of the virus and more lockdowns. “With another surge, that's just going to put more strain on it,” he said. “So we are focused. We're doing everything in our power to add additional capacity so that we can protect the upside to the best of our ability, but it is going to be strained near term.”