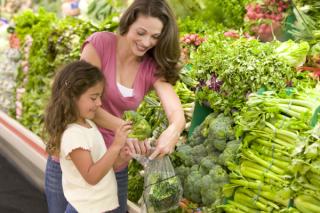 Customer satisfaction with packaged food is down 2.4 percent to a score of 81 on a 100-point scale, according to the American Customer Satisfaction Index.

"Buyers are looking for healthier options, but the definition of 'healthy' varies so widely now," says Claes Fornell, ACSI Chairman and founder. "In the nineties, it was all about 'low-fat,' but now it can be many things – sugar, protein, carbs, GMOs, artificial ingredients, allergens, gluten, organic, sustainability – you name it. The market is much more fragmented."

Processed foods have been a mainstay of the American diet for decades, but consumer preferences appear to be shifting. For food manufacturers, the downturn signals a sea change in consumption behavior.

"There are also large groups of consumers who are resistant to change and more sensitive to price," adds David VanAmburg, ACSI Managing Director. "It's particularly challenging for major manufacturers to pivot toward the 'clean eating' trend without upsetting customers who were loyal to their original products."

In the backlash against "Big Food," most major food companies lose ground, save three notable exceptions: Hershey, Quaker and ConAgra.

Hershey captures the lead with a 2-percent gain to an ACSI score of 86, far ahead of rival chocolate makers Mars and Nestlé (both down 2% to 82). The Pennsylvania-based company also registers strong sales growth, successfully adapting to consumer preferences by launching new products, removing artificial ingredients, and making nutritional information more available.

In second place, Quaker advances 1 percent to 84. The PepsiCo-owned company is reaping the benefits of the popularity of oats, and Quaker's adept social media presence helps capitalize on that trend.

ConAgra is the only other large company to improve, gaining 2% to an ACSI score of 82 on the strength of its revamped frozen meals. Slower-selling products have been discontinued and replaced by new offerings that emphasize nutritional value, rather than weight loss.

Tied with ConAgra – but moving in the opposite direction – are Kraft Heinz, Dole, General Mills, Mars and Nestlé (all 82). Dole loses the most ground (-5%), dropping out of first place. The firm is reportedly $1.3 billion in debt, moving strawberry operations out of California and selling its headquarters.

Heinz was once the top scorer in the entire ACSI, but now Kraft Heinz slips 1 percent to 82. The shift toward healthy eating habits may prove particularly problematic for the maker of Heinz Ketchup and Kraft Macaroni and Cheese. Consumers seem less receptive to the reinvention of nostalgic products, and it may be difficult to change opinions about their nutritional value.

In the breakfast category, consumers are also forgoing foods that were once considered healthy; sales of cereal and traditional yogurt are down. Cereal producer General Mills, which also makes yogurt under the Yoplait brand, slips 2 percent to 82, just ahead of Kellogg (unchanged at 81).

Smaller companies (including store brands and minor brands that make up a large proportion of the industry) drop 2 percent to a combined score of 81. Below the industry average, meat processor Tyson falls 2 percent to 80, joining Campbell Soup (unchanged) at the bottom of the category.

A 5-percent gain propels Coca-Cola from last place to first – in a dead heat with PepsiCo (+1%) at 85. In August, Coca-Cola released Coca-Cola Zero Sugar, boosting customer satisfaction to a level it hasn't exceeded since 2000. Meanwhile, Dr. Pepper Snapple sinks 5 percent – from the top to the bottom of the category, on par with smaller brands (-4% to 82).

Customer satisfaction with breweries climbs 1.2 percent to 84, driven by a 4-percent gain for craft beer. Smaller breweries lead the category with a combined score of 85.

Below craft brewers are two giant corporations, both of which got even bigger last year; Molson Coors acquired MillerCoors and Anheuser-Busch InBev merged with SABMiller. Both AB InBev (unchanged) and Molson Coors are deadlocked at 84 – which is 4% higher than the score earned by MillerCoors in 2016.

Clorox – which includes Burt's Bees and Green Works – is the only company in the category to avoid the industry downturn in customer satisfaction. A drop for Dial (-2% to 83) leaves Clorox with the lead at 84. Last year, Clorox's e-commerce business grew by 50 percent overall and by 98 percent on Amazon alone.