The club retailer had positive .4% customer traffic in June, the first time the company has seen positive store traffic since the start of the pandemic in the U.S.

In a pre-recorded June sales update, Senior Vice President, Financial Planning & Investor Relations David Sherwood said the club retailer had positive .4% customer traffic in June, the first time the company has seen positive store traffic since the start of the pandemic in the U.S.

Same-store sales excluding the impacts from change in gasoline prices and foreign exchange were 14.4%. E-commerce was up 86.7%.

Sherwood said the strongest departments in June were food and sundries, which had positive high teen comps (frozen food, liquor and deli). Fresh food comps were up in the positive mid 20s (meat and produce). Hard line comps were in the positive low 20s (appliances, hardware, health/beauty).

The strongest regions for Costco in June were the Southeast, Texas, and Northeast.

Costco remains one of the few major grocery retailers to mandate masks. Two months after the retailer rolled out its mask mandate, clashes between anti-mask customers and employees or other shoppers continue to go viral.

In May Costco said e-commerce comparable sales (excluding the impacts of fuel and foreign currency fluctuations) were up a record-setting 108.1% for the four weeks ended May 31. The impressive metrics come a week after the retailer reported a 66.1% jump in e-commerce sales for the third quarter. Physical same-store sales excluding the impacts from change in gasoline prices and foreign exchange were 9.2% in May.

During a third quarter earnings call with analysts, Costco CFO Jack Galanti said the company would be bringing back sampling in-store after suspending it in March.

“We're going to start doing some things in mid-June on a slow rollout basis in sampling,” Galanti said. “I can't tell you anymore, but needless to say it’s not going to be where you go and just pick up an open sample with your fingers."

Costco said its fresh food gross margin percentage was up during the quarter. "Just looking at fresh foods and the food items of what we call food and sundries, it's it's been way up, particularly in fresh foods and somewhat and the rest," Galanti said.

One-third of consumers surveyed said they purchase gas at mass retailers and grocery stores, with Costco and Kroger named favorites for fuel, according to Market Force Information.

Costco's prices are lower than rivals, according to research published in Barron's. 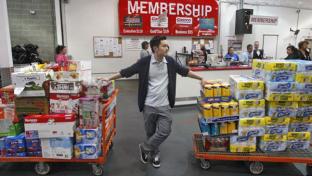 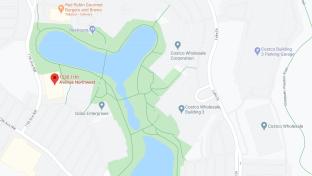 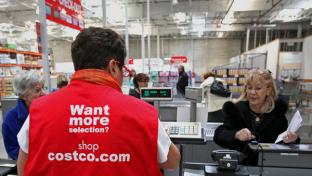 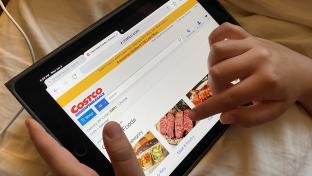 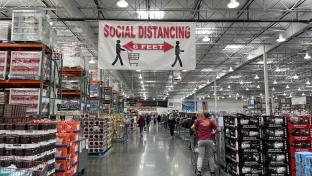