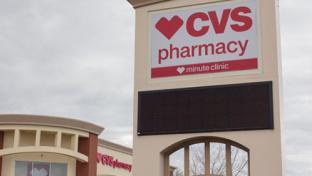 The leadership changes come after CVS conducted an internal investigation into how they handled sexual harassment complaints. In addition, the pharmacy retailer is overhauling how it will handle similar complaints in the future, The Wall Street Journal first reported.

The issue stems from complaints made by two female employees who alleged a manager in a New Jersey store location had either harassed or inappropriately touched them at work. Lynch, who took over as CEO of CVS last year, became aware of the complaints in December and oversaw an investigation. The manager was dismissed, as were one executive who supervised the regional manager and a human-resources executive. Another executive left during the course of the investigation.

“Our investigation also revealed that other employees failed in their duty to treat such allegations with the seriousness we expect, and they are no longer with the company,” Lynch wrote in a memo to staff last week. Lynch also notified roughly 450 senior leaders that CVS will create an office with a confidential channel to navigate challenging situations.

“We absolutely do not tolerate behavior or actions that are harassing, hostile, abusive or discriminatory,” the company said in a statement to CNBC.

In addition, CVS Health announced changes to its board of directors, with Independent Chair David W. Dorman and Director Tony L. White retiring. Dorman is retiring at the end of his current team, effective at the annual shareholders May 11, 2022. Roger N. Farah has been selected by the board to succeed Dorman. White is also retiring after reaching the board’s mandatory retirement age.

Dorman was elected to the board of directors in March 2006 and has served as chair since 2011. White has been a director since 2011. The size of the board will shrink to 11 directors following Dorman and White’s retirement.