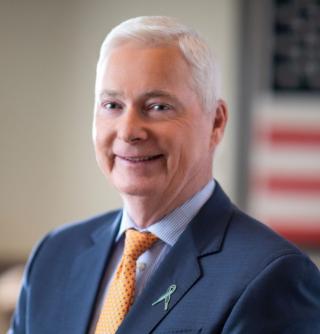 It’s all about athletes at Dick’s Sporting Goods where the company’s increased focus on sport and fitness shoppers will see it almost completely exit the hunting business.

“We are very pleased with our strong fourth quarter results. Despite the compressed holiday selling season and the challenging conditions we faced with unseasonably warm weather, we delivered a 5.3% comp sales increase, supported by increases in both average ticket and transactions, as well as growth across each of our three primary categories of hardlines, apparel and footwear,” said Edward W. Stack, Dick’s chairman and CEO. “During 2019, we made meaningful changes across our business, which fueled our strongest annual comp sales gain since 2012 and a 14% increase in non-GAAP earnings per diluted share over 2018.”

The performance is especially noteworthy because the warm weather tends to hurt sales of  outdoor apparel and other cold weather gear. And Dick’s also began its exit of the hunting category in 135 stores, but still managed to produce positive same store sales in those locations as it redeployed selling space to categories focused on athletes. Dick’s said the hunting business is its slowest turning, lowest margin business and based on its 2019 remerchandising success would exit the hunting category at another 440 stores this year. The company operates a total of 726 Dick’s Sporting Goods stores, 94 Golf Galaxy stores and 27 Field & Stream stores.

In addition to initiating the process of exiting the hunting category, Dick’s also launched a new opening price point private brand called DSG that after just one year is already its largest private brand.

And in move that could become commonplace among other retailers who achieve true omnichannel status, Dick’s said it would change its same store sales reporting practices beginning in the first quarter. It will continue to provide consolidated same-store sales results, but will move away from providing e-commerce sales growth and e-commerce sales penetration metrics. For example, in the fourth quarter the company said e-commerce sales increased 15% and its e-commerce penetration rate expanded to 25% of total sales.

It could be a sign of the times and a move other retailers emulate. As digital offerings and omnichannel fulfillment methods become ever more intertwined it becomes more challenging and really somewhat irrelevant for retailers to attempt to discern between a digital or physical sale because that's not how shoppers view the world.