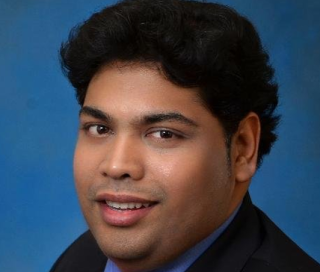 Gift cards are great. This holiday season, millions of people who want to buy someone a gift suited to their interests but don't want to risk buying them the "wrong thing" or – worse – something they already own, will opt for gift cards. And retailers love them because they draw in customers, who usually end up spending more than the value of the card.

Unfortunately, the very thing that makes gift cards great also makes them dangerous, especially to merchants. Unlike credit or debit cards, gift cards can be used by anyone, which makes them a prime target for theft and counterfeit.  Because their value can be redeemed by anybody, it's impossible to verify whether that person has acquired the card legally. And because gift cards are freely transferrable, fraudsters have found a number of ways to have their cake and eat it too – by scamming retailers.

The popularity of gift cards has spawned a very active secondary market of resellers, which come in three forms:

One such company, which was featured on ABC's Shark Tank, went out of business recently due to an extremely high rate of chargebacks – just one high-profile example of the many merchants in the gift card space that have had forced to shut down because they couldn't keep their fraud under control. But even if gift cards are something offered during the holidays, it is important to be aware of the dangers they bring – and how to prevent them.

3 Gift Card Scams to Watch Out For

The simplest form of gift card scam is when a consumer uses their credit card to purchase a gift card and later contacts the credit card issuer to file a dispute, claiming that there were no funds on the gift card. Most of the time, the dispute will be ruled in favor of the consumer because the merchant has no way to prove that the funds were available at the time of purchase, and the merchant will have to absorb the cost of the chargeback.

The Seller Scam is more sophisticated, involving a seller scamming an online gift card merchant. The fraudster clones the card and then sells the original to the merchant. When the merchant receives the card in the mail, they verify its value and then pay the seller. Then, the seller is free to use their cloned card. Later, when another consumer purchases the original gift card from the merchant, they discover that the card is empty – the original seller has already spent the money. The buyer blames the merchant, files a dispute with their credit card company and reverses the transaction, and the merchant is stuck with the bill even though they had no way of knowing about the scam before the chargeback.

Another common gift card scam is a big problem for restaurant chains. This scam takes place at the point of sale when a customer has a meal and also orders a gift card. The restaurant will put the food and the gift card together on one bill, which the customer will pay by credit card. Later, the customer calls their bank and tells them they only ordered the food, the gift card was added to their bill by mistake. So the bank issues a chargeback, the fraudster gets their money back, and then they can resell the gift card on the internet. This is a successful scam because gift cards for major restaurant or coffee shop chains are so popular, especially during the holidays, and can easily be sold online for a lower value.

In brick-and-mortar retail and online, merchants selling gift cards need to be very careful. Retail stores can minimize the potential for fraud by ringing in gift card sales as a separate transaction to prevent scammers from claiming that they did not knowingly purchase the gift card. Online retailers should maintain detailed records of their customers, crosschecking them against fraud lists before issuing cards and refusing transactions from any customers that have charged back in the past.

Digital gift cards are especially risky because, unlike physical cards which need to be mailed to the purchaser, digital cards are issues almost instantly upon purchase. This allows fraudsters to use the cards immediately and then call their credit card companies to file a dispute stating that there are no funds on the card. The merchant must keep very clean and rigorous documentation in order to prove that the funds were available when the card was issued – but most of the time, the merchant loses the dispute and the money.

The secondary market only adds to the problem, as there are no real legal protections in place covering gift cards and no way to verify the cards. So when a buyer ends up with a valueless gift card, they blame the merchant – and so do the credit card companies that issue the chargebacks.

This holiday season any merchant that issues gift cards, and especially gift card resellers, should plan to collect and maintain detailed consumer records – documentation is the key to successfully disputing chargebacks and keeping your vending ratio up. But more importantly, it's crucial to have a fraud prevention tool in place. Gift card chargebacks are rarely ruled in favor of the merchant, so the best practice is to keep fraudsters out. If you're not protected, you will become a target for scammers and, throughout January and February when most people redeem their gift cards, you could run the risk of losing your merchant account due to a soaring chargeback rate.

Suresh Dakshina is president of Chargeback Gurus, a leader in data analytics and industry-specific risk management.