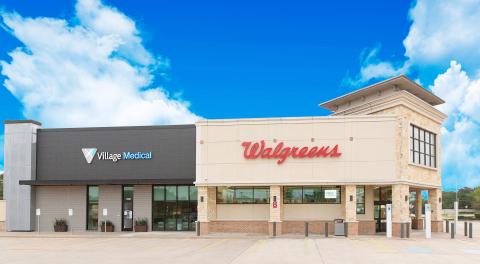 As many as 700 Walgreens stores will undergo a dramatic transformation in the next five years after the retailer inked a uniquely structured deal with VillageMD to open full-service doctor offices in 30 markets.

The move follows what Walgreens said were very strong results at five trial stores in Houston that participated in a trial program last November. Walgreens did not elaborate on the financial strength of its results or patient volumes, other than to say net promoter scores (a measure of customers’ willingness to recommend to others) were above 90 on a scale of 100.

“These clinics at our conveniently located stores are a significant step forward in creating the pharmacy of the future, meeting many essential health needs all under one roof as well as through other channels,” said Stefano Pessina, executive vice chairman and CEO of Walgreens Boots Alliance.

The gradual rollout of the doctor offices in repurposed space in Walgreens stores is the latest bold move by a retailer to position itself to play a greater role in the delivery of health care. CVS Health has a major initiative underway to convert 20% of the space in a select number of its stores to Health Hubs offering an expanded range of services. Walmart is also moving into the space with a unique concept, now available at four locations (three in the Atlanta area and one in Northwest) that takes advantage of ample space in large supercenters to offer a broad range of medical services.

Walgreens said its concept will be called Village Medical at Walgreens and be located in 30 U.S. markets staffed by 3,600 primary care providers recruited by VillageMD. More than half of the locations will be in areas designated as Health Professional Shortage Areas and Medically Underserved Areas/Populations by the U.S. Department of Health and Human Services.

Most of the clinics will be approximately 3,300 square feet each, with some as large as 9,000 square feet, and will use space in existing stores that average around 13,500-sq.-ft.

“This partnership allows us to unleash the power of primary care doctors and pharmacists, enabling them to work in a coordinated way to enhance the patient experience,” said Tim Barry, chairman and CEO, VillageMD. “The results of our initial pilot clinics highlight that these outcomes are infinitely achievable.”

To achieve its plans, the agreement calls for Walgreens Boots Alliance to invest $1 billion in equity and convertible debt in VillageMD over the next three years, including a $250 million equity investment completed when the deal was announced on July 8. Of WBA’s investment, 80% will be used by VillageMD to fund the opening of the clinics and build the partnership, including integration with Walgreens digital assets. It is anticipated, assuming full conversion of the debt, that WBA will hold an approximately 30% ownership interest in VillageMD at the completion of the investment.

VillageMD, through its subsidiary Village Medical, is a leading, national provider of value-based primary care services. We partner with physicians to provide the tools, technology, operations, staffing support and industry relationships to deliver high-quality clinical care and better patient outcomes, while reducing the total cost of care.