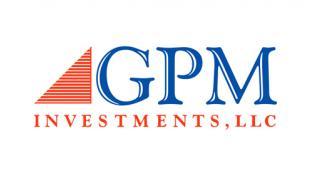 GPM's C-store reach could help boost the popularity of EV charging stations in the United States.

The deadly winter weather that hit the South, notably Texas, has renewed focus on energy reliability. Now comes retail-related news that could push that sustainability issue even further into the mainstream of commerce.

Chakratec’s technology and products aim to solve the main challenge to mass adoption of EVs — the “Range Anxiety” — by allowing vast deployment of ultra-fast charging points along the roads, capable of charging EVs in less than 15 minutes (to a range of ~150 miles), even in sites where the local grid infrastructure is limited in power.

“The outdated electrical infrastructure in many U.S. states and its inability to support fast charging is a significant barrier to massive penetration of electric vehicles. In fact, I believe the United States is still many years away from mass adoption of electric vehicles and this won’t change until fast charging infrastructure is more widely available,” said Arie Kotler, chairman, president and CEO of Arko. “Our partnership with Chakratec is an important first step in our long-term journey toward being ready should the time come for electric vehicles to become mainstream in North America.”

As part of their memorandum of understanding, ARKO and Chakratec will conduct a preliminary pilot in the United States next year. The MOU also includes a goal of an extensive deployment of fast charging points for EVs throughout North America by 2030.

Left unsaid is exactly how many of those charging stations might be located on convenience store lots. Arko owns 100% of GPM Investments, which is based in Richmond, Virginia and has approximately 2,950 locations comprised of approximately 1,350 company-operated stores and approximately 1,600 dealer sites to which it supplies fuel in 33 states and Washington D.C.

That said, EV charging stations are increasingly finding a home with retailers as the popularity of EVs continues to grow — from some 1.9% of sales in the United States in 2021 to about 2.5% in 2022, according to Edmunds, a California-based data resource for automotive information. Some 30 EV models from 21 brands should be on sale this year, compared with 17 vehicles from 12 brands last year. As well, GM recently said it would phase out most gasoline and diesel vehicles in favor of electric ones by 2035 — another sign that retailers need to take the rise of EVs seriously in the coming years.

Some merchants are already working to gain an edge, moves that could please consumers and lead to not only more EV charging stations but more store traffic for those drivers who use that equipment.

For instance, Electrify America and Unibail-Rodamco-Westfield, the global commercial real estate developer and operator of Westfield shopping centers in the United States, are collaborating to bring public ultra-fast EV charging stations to 19 Westfield locations across seven states by the end of 2021.

And last year, Midwestern retailer Meijer, based in Grand Rapids, Michigan, said that it was teaming up with Electrify America to install EV charging stations at nine of its stores in Illinois and Michigan. The stations will feature a total of 36 ultra-fast public EV chargers, adding more public charging options in the greater Chicago area and in the state of Michigan.

Count on more such news as sustainability and green energy gain more of the spotlight.