It is said that behind every successful small business, there is a family. West Sacramento-based Raley's Supermarkets is a particularly strong example of this notion. The company has been family owned and operated for three generations, and recently celebrated its 80th anniversary.

President and CEO Mike Teel, grandson of founder Tom Raley, oversees approximately 13,000 employees across 126 stores in Northern California and Nevada under the Raley's, Nob Hill Foods and Food Source banners. Teel's vision for the business is not much different than that of his grandfather when he opened the first store in 1935–to empower consumers to make healthy and sustainable food choices for themselves and their families.

"I am honored to take Raley's into the third generation of family leadership. This is an exciting time for the company, our team members and for me," says Teel. "I'm very proud, as my parents were, when they took on the responsibility of leading this company. I look forward to working with my sisters and the entire Raley's team to honor our parents' and our grandfather's legacy."

For the past decade, Raley's has focused on expanding products that customers want more of at competitive prices. Under Teel's leadership, Raley's continues to expand its healthy offerings in the natural and organic space, focusing on the integration of food as part of healthy living.

The company's vision statement, "To infuse life with health and happiness," is driving much of the innovation throughout the organization. The philosophy is that food retailers should partner with their customers on their food journey.

ALL GROCERY IS LOCAL

One of Raley's core pillars has been to stay strongly integrated into the communities it serves. An emphasis on local and farm-to-fork foods, both on-trend, allow individual stores to personalize their offerings for their customers.

Located in California's Central Valley, home to some of the world's most productive agricultural regions, Raley's works closely with various local farmers. "We're very supportive of our small, local farmers. That's why our produce is as amazing as it is," explains Chelsea Minor, director of PR and public affairs.

Part of Raley's nod to the importance of staying close to the community is its recent involvement in helping to establish urban farms in communities where there may be problems with crime or blighted housing. The effort has seen former empty lots transformed into beautiful, functional gardens across the area.

Raley's latest urban farm project is a partnership with The Center for Land-Based Learning. The two groups recently broke ground on an urban farm in West Sacramento. The effort increases community access to fresh local produce. Plus: kids learn about farming and self-sufficiency.

"At Raley's, we are proud to partner with the Center for Land-Based Learning," says Meg Burritt, Raley's director of wellness and sustainability. "By training young farmers, this organization is helping to create a more sustainable food system–not only for today, but also for the future."

A portion of the produce grown will benefit Raley's hunger outreach program Food For Families, and a percentage stays local to create a built-in market for beginning farmers to sell their crops.

Raley's Food for Families program is yet another example of how the retailer connects with the communities it serves. Local stores collect donations at the register as well as promote the program on social media, in-store and in the community.

This year, the Food for Families Summer Fresh Drive raised a record $601,950, a 30 percent increase over last year's total. Food for Families development officer Jennie Teel-Wolter says it means a lot for the team members in stores to see the difference they can make.

"We asked our customers, our team members, vendor partners and communities to help us fill our food banks with fresh fruits and vegetables, and they overwhelmingly responded with support. We can't thank them enough for their generosity," says Teel-Wolter.

With each program it introduces, Raley's demonstrates a commitment to innovation that stands out. In July of this year, the retailer became the first large U.S. chain to try its hand at selling imperfect produce.

The premise: that a wonky-looking sweet potato or funky carrot is just as good on the inside, despite its shortcomings in appearance. For those who don't mind, significant discounts can be had, and these products don't end up as part of the waste stream.

"Raley's Real Good produce program is a new way that we can support our growers and reduce food waste while offering our customers the best quality in fresh," says wellness and sustainability guru Burrit.

Food waste has long been a concern for Britt, and she is a frequent speaker on strategies to reduce it. Under her direction, Raley's is partnering with Emeryville, Calif.-based Imperfect Produce, which began recovering aesthetically challenged fruits and vegetables in 2011, to execute the Real Good program.

With the farm-to-fork movement and the popularity of local farmer's markets growing, Raley's will launch the program in 10 pilot stores with hopes of expanding.

Another bold move came in February of this year when Raley's, ever-mindful of its role in the partnership it shares with consumers on health, declared its Raley's, Bel Air and Nob Hill stores would no longer sell tobacco.

The effort was in keeping with the retailer's continuing effort to raise awareness about health and wellness, and its commitment to infuse life with health and happiness. The move was met with mixed reviews, reports Minor, but leadership felt strongly that there is enough research to determine a strong correlation between tobacco use and many serious health issues.

In a highly competitive market, Raley's has worked hard to differentiate itself and support its vision to help the consumer through his or her food journey with an eye toward health.

That partnership is not limited to customers, and Raley's allows for autonomy in each of its stores to keep them relevant and engaged with the local community. "We want to empower our stores to know their customers, and know what's important to them," says Minor. "We rely heavily on that independent thinking at the store level to create an authentic sense of community with our local stores."

Jennifer Acevedo is the Editor-in-Chief of Retail Leader. Reach her at [email protected]. 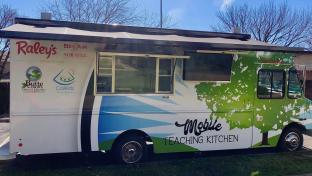 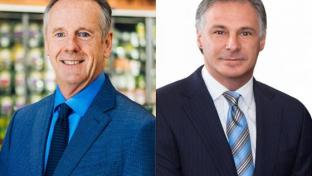 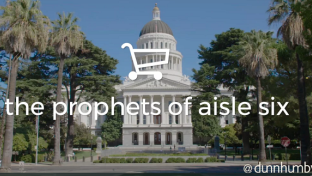 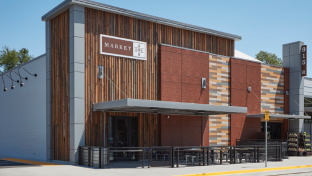 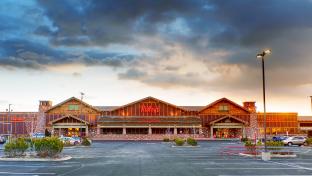