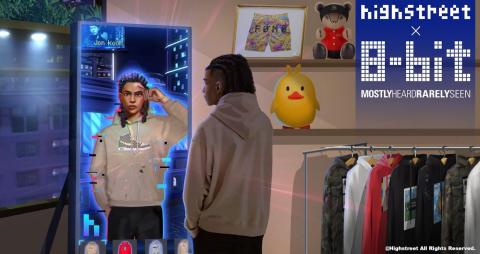 Highstreet and Koon’s collaboration aims to connect streetwear fashion consumers who may be new or unfamiliar to the crypto world with the web3 metaverse. 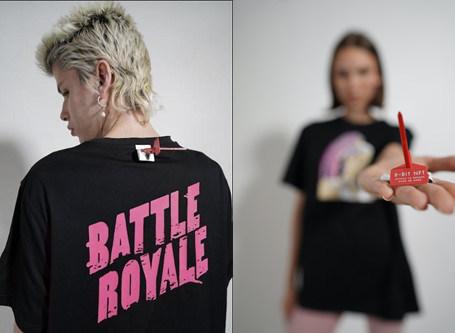 Each 8-Bit by Mostly Heard Rarely Seen garment in the latest drop includes a QR code for an NFT via a special security label from Highstreet. Consumers who purchase the streetwear collection can detach the label and scan the code, which will “digitally clone” the shopper and the newly purchased 8-Bit garment into the Highstreet metaverse.

8-Bit’s apparel can be found in globally at retailers including Neiman Marcus and Saks Fifth Avenue, Harvey Nichols, Selfridges, Harrods, Bloomingdale’s in the U.S., Fred Segal and Beymen, both in-store and online.

Once in Highstreet, users will be granted $HIGH tokens (the native currency of the platform) to help get them started and explore exclusive digital experiences. Shoppers can also establish a permanent record of their ownership of the 8-Bit drop by minting their apparel into NFT's, establishing a provenance behind this drop and giving access to resale markets in the digital world from OpenSea to LooksRare.

"With this launch, we aim to welcome more traditional, non-blockchain consumers to the web3 world,” Jenny Guo, co-founder of Highstreet, said in the release. “Every step of the process is based on something we all already do: buying physical products we already love."

8-Bit apparel is priced between $120-$275 and will soon launch limited-edition collaborations with other brands, celebrities and cult following NFT creators, according to the release.