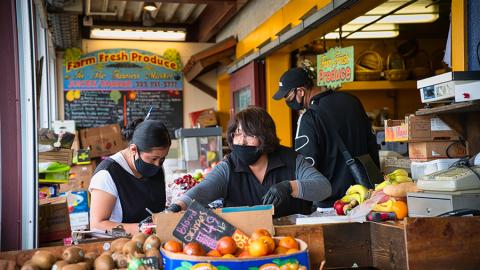 HireVue recently conducted its annual survey that asked more than 1,600 hiring leaders across industries—including finance, retail, construction, healthcare and manufacturing—how they are navigating current challenges and what changes they’ve experienced over the past year.

Leaders noted that a lack of qualified candidates was the top challenge, with 40% saying it was the top barrier to finding top talent. More than half of respondents also said they are experiencing higher voluntary employee turnover than they did the year before. In addition, there was a 43% increase in talent teams who feel under-resourced compared to last year, the study found. And worst of all, filling open roles is taking longer than previous years, as 68% have a time-to-fill of three weeks or more––a statistically significant increase from last year.

“Unsurprisingly, the retail recruiters we surveyed identified that a lack of qualified candidates is their toughest challenge, followed by a long lead time from interview to offer that hinders candidate interest and/or availability, and difficulty managing job posts,” Kevin Parker, executive advisor and former CEO of HireVue, told Retail Leader.

In response to these challenges, more companies (54%) are raising compensation to attract new recruits. The efforts have also helped move the needle on DEI&B efforts, as 80% of leaders said they met their goals since last year. And this year, DEI&B budgets are rising again. However, employers still can’t hire fast enough, and faster fill times was rated the No. 1 change talent leaders want to see in 2022.

The high turnover rate is forcing many companies to also hyperfocus on retention.

Companies are also increasingly leaning on technology to solve some of these ongoing labor challenges.. Video interviews have remained critical, with three out of four respondents now using virtual interviews to some degree, with 20% relying solely on them for interview needs.

Those who automated more of their hiring process also reported a significantly shorter time-to-hire, the report found.

“Of the group who reported filling an open position in less than four weeks, 65% had introduced technologies like AI and chatbots, 63% had implemented assessment tools and 55% had moved to a combination of in-person and virtual interviews in the past year,” the report found.

However, those that used solely video interviews reported a longer time-to-hire compared to other respondents.

“Companies that improved their responsiveness and candidate engagement by leveraging technology and automated more of their hiring process in 2021 reported a significantly faster time-to-hire, and 43% of the retail recruiters surveyed respondents reported feeling like they lacked the resources to be successful,” Parker said.