Former Target executive Kathee Tesija will joins the Clorox board on May 18.

Target’s former chief merchandising officer Kathee Tesija will join the board of The Clorox Company on May 18. Since 2016, Tesija has served as a senior advisor and consultant at the consumer packaged goods and retail consultancy Simpactful. Prior to that, she was one of the retail industry’s most influential merchandising executives and held the role of EVP and chief merchandising and supply chain officer at Target from 2008 to 2015. She began her career at Target in 1986 at the age of 23.

Former Overstock.com president Stormy Simon, three months into her new role as CEO of Hightimes Holding Corp., is running as a Democrat for Utah’s state House of Representatives District 21. Simon spent 15 years at Overstock, but left the online retailer in 2016 and then earlier this year became CEO of the parent company of High Times, a well-known cannabis industry media property. She joined the company as it seeks to leverage readership and brand awareness by opening retail stores. She is challenging Republican incumbent Douglas Sager and said her decision to run was motivated by Utah's State Legislature's decision to override a 2018 bill that legalized medical cannabis.

Larry White was named COO of Toshiba America Business Solutions after previously serving as chief revenue officer. White is a 24 year veteran of the company who assumes more oversight and strategic planning responsibilities with his new role. He will specifically oversee the company’s sales, customer service, supply chain, innovation, professional services and solutions marketing operations throughout North and South America.

Steve Ravitz, the retired president of Cherry Hill, N.J.-based Ravitz Family Markets, operator of five ShopRite stores and one PriceRite location in southern New Jersey, has died from COVID-19, according to a published report. Ravitz, 73, passed away April 7 after battling the illness for 13 days in an area hospital.

Ravitz led the family business for 40 years before retiring in 2019 and also served on the Wakefern Food Corp. board for 27 years. 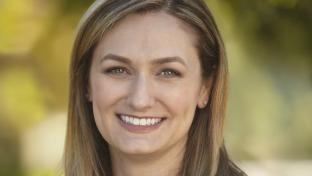