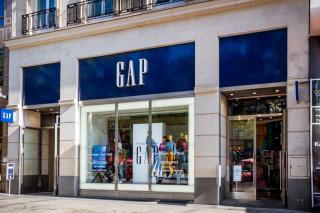 Gap launched a collection of clothing “essentials” and baby gear on Amazon in the U.S. and in Canada.

The retailer in a Nov. 10 release said its collaboration with Amazon Fashion would feature “basic, modern essentials” that included hoodies, T-shirts, denim, socks, underwear and sleepwear for adults, children and babies. The retailer said the collaboration would also include nursery furniture and other baby goods, like strollers, bassinets and cribs, which would carry its babyGap branding.

“Collaborating with Amazon Fashion provides us a new channel to deliver Gap’s modern American essentials to even more customers in the U.S. and Canada," said Mark Breitbard, president and CEO of Gap, in the release. “We are excited to take this step with Amazon Fashion, to expand our product offering and to deepen our connection with consumers through the Gap brand store.”

Shoppers can access the collection by visiting the dedicated brand store at Amazon.com/Gap or by searching for the retailer on Amazon, the release said. The collection will include thousands of items, and will be available for Amazon’s prime delivery.

“At Amazon Fashion, we continuously expand our product offerings for our customers,” said Muge Erdirik Dogan, president of Amazon Fashion, in the release. “We’re excited to make shopping for Gap products even more convenient for customers with fast, free Prime delivery.”

It’s not the first time the retailer has launched a collection with another retailer. Gap last year partnered with Walmart to launch a line of home goods. The Gap Home line includes decor, tabletop, bedding and bath goods, according to a May 2021 release. The retailer last fall introduced a furniture line through Walmart, and earlier this year the two retailers expanded their partnership, launching a line of home goods for kids.

The partnerships come as Gap continues to work to turn around its struggling brand. The retailer in September announced it would lay off 500 employees, about 5% of its corporate staff, Retail Leader reported. Gap Inc. owns and operates Gap, Banana Republic, Old Navy and Athleta stores.

In July, Sonia Syngal stepped down as Gap’s CEO and president after spending slightly more than two years in the role, having ascended to the position in 2020 after previously leading the retailer’s Old Navy business, CNBC reported. At the time, the retailer announced Bob Martin, Gap’s executive chairman of the board, would serve as interim CEO.

The company reported disappointing first-quarter earnings, with sales falling at Gap and Old Navy, with the latter being the retailer’s most successful brand. In October this year, the brand parted ways with the controversial rapper and artist Ye (formerly Kanye West), pulling his Yeezy-branded merchandise from stores.

Gap plans to sell its China and Taiwan business to the Chinese e-commerce services provider Baozun Inc. for as much as $50 million, The Wall Street Journal reported.