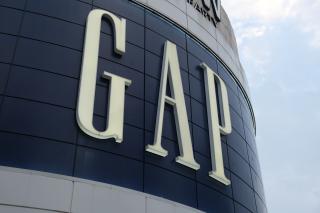 Gap Inc. is slated to eliminate 500 corporate positions as the retailer responds to a decline in sales and profits.

A spokesperson for Gap confirmed the layoffs to Retail Leader on Tuesday. They were first reported by The Wall Street Journal. The layoffs are centered at Gap’s offices in New York, San Francisco and in Asia, people familiar with the cuts told the outlet. The layoffs began recently and account for about 5% of the retailer’s workforce of roughly 8,700 corporate employees, the report said.

In July, Sonia Syngal stepped down as Gap’s CEO and president after spending slightly more than two years in the role, having ascended to the position in 2020 after previously leading the retailer’s Old Navy business, CNBC reported. At the time, the retailer announced Bob Martin, Gap’s executive chairman of the board, would serve as interim CEO.

The company reported disappointing first-quarter earnings, with sales falling at Gap and Old Navy, with the latter being the retailer’s most successful brand. In the first quarter of 2022, the retailer reported net sales of 3.5 billion, down 13% from 2021. Syngal at the time blamed the losses on “industry-wide headwinds” and “challenges at Old Navy.”

Sales at Old Navy in the first quarter of this year were down 19% compared to last year due to an abundance of problems, including “size and assortment imbalances, ongoing inventory delays and product acceptance issues in some key categories,” the company said in its earnings report, released in May.

Adding to its woes, the company also in September publicly parted ways with the rapper Ye, formerly known as Kanye West. The deal between the rapper’s company Yeezy and the retailer was announced in 2020, and the collaboration launched its first product — a blue puffer jacket — just a year ago.

But a lawyer for Ye told The Associated Press that the rapper decided to terminate his deal with Gap because the retailer failed to distribute Yeezy products to Gap stores and failed to create dedicated stores for the collaboration. The deal was expected to last for as long as a decade. Gap confirmed the split in an internal memo, the report said.

The retailer earlier in September tapped cultural icons, including the actor Selma Blair and the artist Labrinth, to promote its new “Gap Icons” collection, which features reinvented classics in new proportions made with organic fabrics, Retail Leader reported.