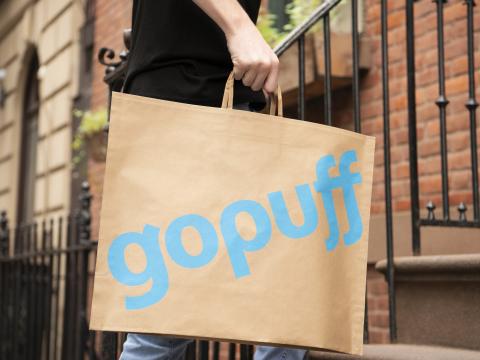 That’s according to a recent report from Bloomberg. The investment round is being led by Guggenheim Partners in the form of a convertible note, Bloomberg reported. Gopuff was also reportedly in talks with investment bankers to take the company public, potentially later this year. However, the recent market downturn has pushed back several planned IPOs of startups. A source told Bloomberg that Gopuff has no intention of raising capital through a public offering in the near term and has not filed paperwork to that effect.

Gopuff has already raised an eye-popping amount of investments, including a $1 billion funding round late last year. At that time, the company was valued at $15 billion.

Delivery has surged since the onset of the COVID-19 pandemic as consumers turned away from in-store purchases. The high demand has led to a wave of investments across delivery service providers, with many offering ultrafast delivery times in a little as 15 minutes.

As part of its new capital strategy, Gopuff is also cutting 3% of its staff. The company has a global workforce of 15,000.