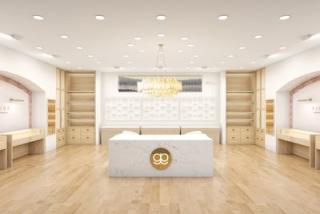 The retailer will add seven more store locations across the country in the first half of 2022. The first store opening of the year occurred in Greenwich, Connecticut, on Jan. 21. Last year, the company announced new stores in Manhattan Beach and Venice in California, Boston and Park City, Utah.

"We are further investing into retail expansion in 2022 by expanding into new markets domestically,”  Jason Griffin Reidel, co-founder and CEO of Gorjana, said in a press release. “Retail is fundamental to our brand's growth strategy and we continue to see phenomenal growth within the retail sector.”

The brand is known for its laid-back style and California-inspired roots. The standalone storefronts will be outfitted with signature details reminiscent of the Pacific Ocean in reference to its Laguna Beach headquarters.

The physical store expansion comes as Gorjana executes its omnichannel strategy, allowing customers to have access to the brand in standalone stores, online or in retail stores. By the end of the second half of 2022, Gorjana will have 33 standalone stores.

Two more stores will open during the first quarter of 2022, including Park City, Utah, and Portland, Oregon.