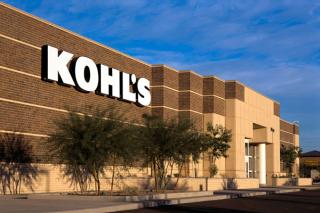 Kohl's is looking to drive traffic by leasing space in its stores to food retailers.

CEO Kevin Mansell told CNBC that the retailer has downsized stores in recent years, leaving unused square footage, which Mansell said would benefit from traffic-generating retailers like those that sell food.

"If we had our preference, we are going first after well-capitalized companies, and preferably ones that have high traffic in grocery and convenience," Mansell said. "We are more apt to identify strong partners and then build a pathway with them through this pilot phase."

According to CNBC, he declined to say whether Whole Foods is one of its in-store partners. Kohl's already has a partnership with Whole Food's new owner, Amazon, through which it sells Amazon products and accepts its returns.

"It's not about Whole Foods, Aldi, or anybody else … we want a partner, ideally in food or convenience, to help drive traffic," said Mansell. The company plans to announce news about these efforts on its next earnings call, which is scheduled for March 1.

Earlier this week Kohl's reported that its strategy to steal traffic from struggling brick-and-mortar competitors bore fruit during the holiday season. The retailer reported that its same store sales for November and December 2017 increased 6.9% over the same period last year.