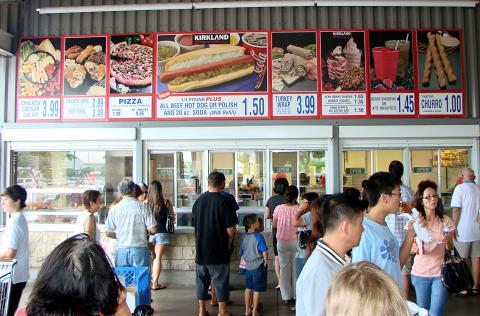 Costco is switching up its food court menu in hopes of appealing to more health-conscious shoppers.

According to the Seattle Times, the leading warehouse retailer has taken its Polish hot dog off the menu in Seattle locations and beyond. However, the beloved $1.50 all-beef hot dog and drink combo, 137 million sold a year, is not going anywhere.

“Not everybody gets as excited about pizza and hot dogs as I do,” chief executive Craig Jelinek told company shareholders in January, noting that the food court menu is a frequent topic of comments dropped in store suggestion boxes.

He described healthier options including açai fruit bowls, organic burgers, which began making their appearance in some stores last summer) and a plant-based protein salad – listed as an “Al Pastor Salad,” which some people haven’t immediately realized is meatless.

In the case of the beloved all-beef hot dogs, Costco sells so many of them in one year the company built a hot dog plant in central California. The plant produces 285 million hot dogs a year.

“I can assure we don’t make a lot on the hot dog and soda,” said Richard Galanti, Chief Financial Officer of Costco.