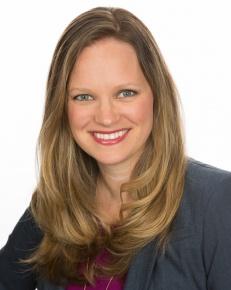 If there is a sure sign of just how tough the employment landscape has become for retailers, it’s the extraordinary announcement from Kohl’s in late June. The Wisconsin-based department store chain’s call for holiday workers came a good two months prior to the start of when retailers traditionally begin the hiring spree for seasonal workers.

“We are hiring seasonal associates earlier than ever to ensure our teams are fully staffed, trained and ready to support peak shopping seasons,” said Ryan Festerling, Kohl’s executive vice president, human resources, announced on the retailer’s website. “We’ve listened to our current associates and will once again offer them the opportunity to increase their hours first, and we will add new seasonal workers to meet the unique staffing needs of each store, distribution and fulfillment center, and credit support location.”

At the midpoint of the year, the retailer had already begun hiring seasonal workers at nearly one third of its 1,100 stores and was looking for workers at distribution and e-commerce fulfillment centers and credit operations.

The move by Kohl’s is indicative of the talent challenges facing all types of retailers to attract and retain hourly workers. Just how tight is the labor market? Signs of the demand for workers are literally everywhere — from storefront windows, sidewalks and atop merchandise displays — with many retailers seemingly in a permanent state of hiring. The situation is so tight that in April the number of available positions exceeded the number of job seekers for the first time since 2000 when the U.S. Labor Department began tracking the metric in its monthly Job Openings and Labor Turnover Summary report.

“Never before have we had an economy where the number of open jobs exceeds the number of job seekers,” U.S. Secretary of Labor Alexander Acosta noted at the time. “This administration is committed to ensuring that all Americans have the necessary skills to access good, family-sustaining jobs. With the lowest unemployment rate in over 18 years and 3.4 million jobs created since President Trump’s election, this is a great time be a job seeker in the United States.”

While that is true for workers, the situation creates operational challenges and expense pressures for retailers that need to keep stores and distribution centers staffed with the type of quality, dependable workers who are capable of satisfying shoppers’ elevated expectations.

“Business’ number one problem is finding qualified workers,” said Mark Zandi, Chief Economist of Moody’s Analytics. “At the current pace of job growth, if sustained, this problem is set to get much worse. These labor shortages will only intensify across all industries and company sizes.”

The labor market is forcing retailers to rethink their approach to hiring as a smaller pool of workers seeks more flexibility, training and pay. Many retailers who saw the labor market tighten several years ago responded by increasing wages and improving benefits. Most notably, Walmart increased its starting wages each of the past three years, prompting other retailers to raise their entry level wages. Earlier this year, Target raised its starting hourly wages to $12 and said it would hit $15 by the end of 2020. Other retailers have employed more unconventional methods to position themselves as an employer of choice. For example, the Buc-ee’s chain of more than 30 convenience stores opened a new location in the Houston suburb of Katy last year and sign hung above the exit lets shoppers and potential job-seekers know hourly pay rate by type of position and benefits such as three weeks of vacation and 401K.

The upside of a tight labor market where most everyone who wants to work has an opportunity to do so is that consumers have money to spend. That’s good news for retailers heading into the 2018 holiday, assuming an adequate number of employees are available at wages retailers’ business models are able to support.

It’s a challenge the National Retail Federation (NRF) and its members recognized early on and led to the creation of an innovative program dubbed, RISE Up. NRF and its foundation have long sought to highlight the retail industry’s significant role in the economy, especially as an engine of job growth and field of opportunity for workers. Accordingly, the organization turned up the heat in January 2017 with the launch of RISE Up, a training and credentialing program led by the NRF Foundation that is gaining momentum just as the industry needs it most. The program was launched with support of 21 national retailers, including five of the top 10 retailers in the country (including Walmart, Macy’s and Target).

“They’re committed to help us up-skilling the next generation of the retail workforce,” said Ellen Davis, a long time NRF employee elevated to the role of President of the NRF Foundation in March. “And we have lots of partners in many other sectors. We call them delivery partners. Those are people who actually implement the training and the credentialing. It could be a high school or it could be workforce development group or a nonprofit or even a community college in some cases.”

Davis says NRF’s vision for RISE Up is to shape the future of the industry’s talent at all levels and the effort is the culmination of work begun years earlier.

“In 2012 we conducted a survey with retailers to try and understand what the biggest talent needs and talent challenges were. Around 2015 the economy started to rebound and retail talent started getting even harder to find. Although we have had a credentialing program since the 1990s, we started working on a program that would be more holistic.”

Despite tremendous shifts in retail over the past decade as more consumers shop online, retail jobs have been growing at a steady clip. The retail sector has added 1.5 million jobs since 2010, according to the Federal Bureau of Labor Statistics.

“The retail industry has about 600,000 to 700,000 open jobs right now. We still see a net gain in retail jobs every year. While you’ve got some companies closing stores, you’ve got a lot of companies who are opening stores and you’ve got needs there,” Davis said.

NRF’s intensified efforts come just as the type of retail jobs and the nature of work in stores and distribution centers is changing. As much as technology has disrupted the retail business model, it has also greatly disrupted labor needs.

“Digitization isn’t just changing the retail industry, it is changing society. And at a time when we have six different generations in the workplace, equipping all associates with the next-generation skills they need to continue growing both personally and professionally has never been more important,” said Tim Massa, group vice president of human resources and labor relations of The Kroger Co.

Amid the lowest unemployment in years, rising wages and the shift toward shopping online, retailers are automating more store work. Target wants workers to develop deeper product expertise to improve customer service or perform new tasks like managing online orders picked up in stores. NRF developed the RISE Up curriculum specifically to meet these new skill sets. Another retailer in particular, Lowe’s, has been working hard to find employees who can offer customers a customized, on-demand experience however they shop, whether in stores, online or in their homes.

“RISE Up aligns with Lowe’s goal of empowering the next generation of retail leaders with the skills they need to meet — and anticipate — the needs of the evolving customer. By doing so, we’re helping to lay groundwork for the future of retail,” Rick Damron, former chief operating officer of Lowe’s, said at the time of the launch of RISE Up.

The RISE (Retail Industry Skills & Education) Up program kicks off with Retail Industry Fundamentals, a formal training program (administered either in real-world classrooms or online) designed to introduce entry-level associates in stores, distribution centers and call centers to core retail technologies and tools, as well as customer service, retail math, inventory and interview skills. The program also offers modules called Customer Service and Sales and Advanced Customer Service and Sales. Each of the three modules are priced at $99, a price billed as being significantly lower than most other entry level credentialing programs.

Davis says areas such as distribution and call centers, which support both physical stores and online, have tremendous skills needs for college grads majoring in supply chain, data, and computer science, so that has been an increased focal point for NRF. Since its launch, more than 45,000 participants have completed RISE Up training and earned credentials. Davis says her goal is for another 50,000 people to go through RISE Up this year while the program continues to be modified to reflect retailers’ needs and participant feedback.

“We have been rigorously reworking our training and our program and we’ll be relaunching retail industry fundamentals the first week of July with Penn Foster,” Davis said. “That should allow us to be able to scale very quickly so people who are looking for jobs whether they are high school students or somebody going through a workforce board will be able to log onto the system go through the training on their own and receive a credential while taking the exam,” Davis said.

Other changes include bolstering the staff and creating new engagement opportunities for the industry. Earlier this year, the Foundation hired Adam Lukoskie as Vice President to oversee RISE Up and named Shana Treger as director of learning and credentialing. This fall, the NRF Foundation is scheduled to hold its first ever Retail Works Summit in October, bringing together retailers and workforce development groups

The labor shortage and resulting wage pressures are unlikely to diminish anytime soon. Which is why retailers are adopting new approaches to hiring and relying on programs such as RISE Up to help cope with an unprecedented labor situation.

“When the economy is improving it’s great for the business but it can be tough for talent because it means people are harder to find. The job of the talent executive in retail these days is not for the faint of heart, but it is more crucial than ever,” Davis said. RL