With the holiday shopping season just around the corner, consumers say they will spend an average $967.13 this year, according to NRF's annual holiday survey.

That’s up 3.4 percent from the $935.58 consumers said they would spend when surveyed at the same time last year.

“With employment and incomes increasing, consumers are more confident this year and that is reflected in their buying plans for the holidays,” NRF President and CEO Matthew Shay said. “Retailers have been stocking up in expectation of this, and all signs are that this will be a busy holiday season. Retailers are preparing for a rush of consumers leading into Thanksgiving and all through December, and are offering a wide array of merchandise and promotions so shoppers can find great gifts and great deals at the same time.”

The consumer survey, conducted with Prosper Insights & Analytics, comes on top of NRF’s annual holiday spending forecast, which takes into account a variety of economic factors and projects that holiday retail sales in November and December this year will be up between 3.6 percent and 4 percent for a total between $678.8 billion and $682 billion.

In addition, imports set an all-time record high late this summer as retailers brought in an unprecedented amount of merchandise in anticipation of a strong holiday season, and are continuing at unusually high numbers this fall, according to NRF’s monthly Global Port Tracker report.

The survey found that only 27 percent of consumers say their spending will be impacted by concerns about the nation’s economy, down from 32 percent during 2016’s election-year jitters and the lowest level since NRF began asking the question during the Great Recession in 2009.

Holiday spending comes in three main categories – gifts, at $608.06; items such as food, decorations, flowers and greeting cards, at $218.08; and other non-gift items consumers buy for themselves and their families, at $140.99.

For the first time in survey history, online is the most popular shopping destination this year, cited by 59 percent of consumers. The survey also found that 57 percent will shop at a department store, 54 percent at a discount store, 46 percent at a grocery store/supermarket and 35 percent at clothing or accessories store. The survey found 27 percent plan to visit an electronics store, 25 percent a small or local business, and 18 percent will go to a crafts or fabrics store.

Most consumers (59 percent) are waiting until at least November to begin holiday shopping. However, 22 percent started or were planning to start in October and 19 percent in September or earlier. Of the early shoppers, 65 percent say they are trying to spread out their budgets while 49 percent do not want the stress of last-minute shopping and 48 percent want to avoid the crowds.

“While many consumers are holding off until November or later to start their holiday shopping, retailers should be prepared for high traffic online and in stores come Thanksgiving weekend as customers start tackling their lists,” Prosper Insights Principal Analyst Pam Goodfellow said. “Although sales will remain an important factor for most consumers, many will lean on convenient locations and easy-to-use websites or mobile apps along with free shipping to complete their purchases.”

For the eleventh year in a row, gift cards remain the most popular items on wish lists, requested by 61 percent of those surveyed, followed by clothing and accessories at 55 percent, the highest level the category has seen in 12 years. Two in five (39 percent) would like books, music or movies, the lowest in survey history; others asked for consumer electronics (33 percent), home décor (24 percent), jewelry (23 percent), personal care or beauty items (21 percent), sporting goods (20 percent), and home improvement items (18 percent).

The survey of 7,349 consumers was conducted Oct. 3-10 and has a margin of error of plus or minus 1.2 percentage points. 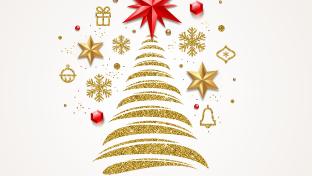 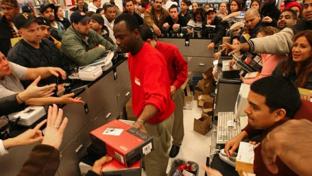 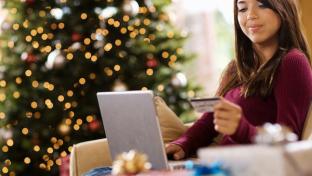 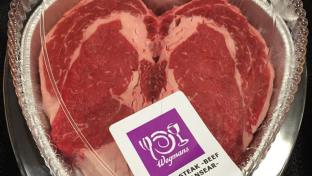 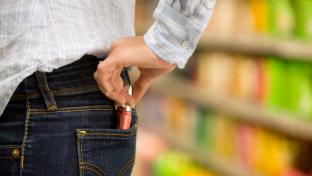