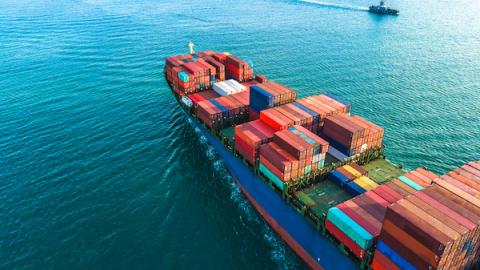 The $1 trillion bill includes more than $550 million in direct infrastructure investments over the next five years. The infrastructure package was already approved in the Senate and heads to President Joe Biden’s desk for signature.

The retail industry is one of the most impacted sectors by quality infrastructure, and industry groups have voiced their opinions about infrastructure needs over the past year. The National Retail Federation (NRF) has been generally supportive of infrastructure investment at the federal level, but the association has also criticized taxes as a means to pay for it.

NRF was supportive of the bill’s passage last week. The association recently launched an advertising campaign to urge Congress and Biden to get the bill into law.

“This substantial influx of investment in our roads, ports, bridges and other core infrastructure will further enable businesses to meet burgeoning consumer demand and promote economic growth,” said NRF President and CEO Matthew Shay. “The prioritization of our nation’s fundamental transportation network will mitigate many of the supply chain challenges businesses are experiencing today and will pave the way for a 21st-century infrastructure system that can withstand future disruptions.”

At the same time, imports at U.S. container ports will remain at near-record levels for the rest of 2021, NRF predicts. More than 70 cargo ships were waiting to dock at the Ports of Los Angeles and Long Beach at the beginning of November, with an average wait of two weeks at Los Angeles. The domestic delays are creating delays elsewhere as the vessels’ arrival dates get pushed back. While some carriers are looking for other locations to dock, congestion is still building nationwide.

“The once-vaunted supply chain continues to come under pressure from all sides,” said Ben Hackett, founder of Hackett Associates, which creates the monthly Global Port Tracker report with NRF. “It does not look like the congestion will improve any time soon, with most commentators suggesting problems will continue well into 2022––and that is assuming COVID-19 does not spike again.”

U.S. ports covered by Global Port Tracker handled 2.14 million Twenty-Foot Equivalent Units (TEU) in September, down 5.9% from August but up 1.4% year over year. The Global Port Tracker projected the month at 2.19 million TEU, down 1.2% from October 2020. However, October will likely still be among the top five busiest months on record since NRF began tracking imports in 2002.

“Retailers have enough inventory on hand to make sure shoppers won’t go home empty-handed this holiday season,” Shay said. “But there are still items sitting on the docks or waiting on ships that need to make it to store shelves and online sellers’ warehouses. Retailers want to make sure customers have product choices.”