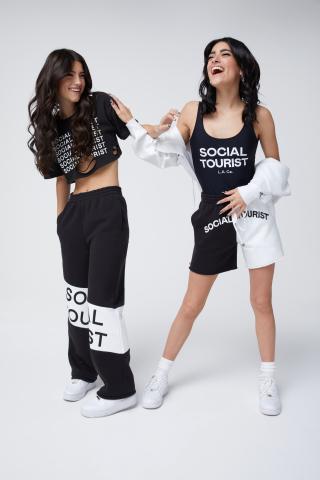 As retailers and brands aim to convert online followers into paying customers, social-media influencers have become a pivotal part of the marketing process.

Two brands known for leveraging social platforms and the influencers who use them are Forever 21 and Hollister — retailers that target teenagers and young adults. The retailers appeared together during a panel in New York City at NRF 2023: Retail’s Big Show, the annual retail trade show hosted by the National Retail Federation, to discuss how they used online media and influencers to drive growth.

Jacee Scoular, the senior director of brand strategy and communications at Hollister Co., said the retailer, which owns several banners that include Hollister and Abercrombie & Fitch, focused on building long-term relationships with creators on social media. The retailer calls it the Hollister creator collective, which includes influencers and social-media creators of varying sizes. It also includes people who aren’t even typically viewed as influencers at all, Scoular said.

“When we moved to this model from pay-per-campaign or pay-to-post, we created this concept called human-powered brand building,” she told an audience at NRF 2023. “And human-powered brand building to us is really defining and refining the ecosystem of all of the humans that touch your brand and leveraging them to power the brand from top to bottom.”

The creator collective also includes some of Hollister Co.’s employees who also have a role in creating content on social media for the brand. Additionally, the retailer prioritizes year-long relationships with creators, who are invited to attend retreats and events to help “weave” the retailer’s brand into their lives, Scoular said.

She also noted the role TikTok stars and sisters Charli and Dixie D’Amelio, who have a combined following of more than 207 million on the platform, played in the formation of Hollister Co.’s newest brand, Social Tourist, which launched in partnership with the famous sisters in 2021. Scoular said the retailer approaches the D'Amelio's just like other influencers it works with, in that it treats the relationship as one that is long-term and “symbiotic.” In addition to their online posts, Scoular said the D'Amelio's also had an active role in areas like marketing and store design and even occasionally show up to work at the Social Tourist store in Los Angeles, leveraging the social-media stars at the brick-and-mortar store.

The content that is being created by these influencers can have other uses that go beyond brand and product awareness on social-media platforms, said Jacob Hawkins, chief marketing and digital and omni officer at Forever 21, during the Jan. 15 discussion. Content created by influencers can be seen on screens in stores, in marketing emails and even on product pages on the retailer’s website.

“You’re looking at items on a website and suddenly you’re seeing items that were shot by our influencers, our content creators,” Hawkins said. “You get an email, and it’s no longer stuff we’re shooting in our studio. It’s also stuff coming from our content creators.

“In some cases, we’ll actually put some of that stuff in windows, in stores and out into PR,” he added. “It’s been really cool to be able to see that because we’re doing the stuff to create content, and we’re passing stuff out to content creators.They’re building their own outfits, they’re shooting in their own environments, and we can then take that and leverage [it]. It just gives such a richer experience for our customer, and that feels really authentic.”