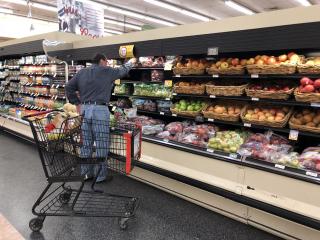 Generation Z and Millennials are buying more groceries than other generations, according to a new report.

New research from Acosta provides insight into how each generation is changing the grocery landscape and how brands and retailers should adapt.

“Life stage dictates spending, putting Gen X on top for now, but Millennials will likely take over that spot within the next decade while Gen Z emerges as an influencer in grocery spending,” said Colin Stewart, Senior Vice President at Acosta. “As we kick off 2018, it is vital that brands and retailers not only understand what influences each generation’s shopping habits now, but how demand will change as generations move into different phases of life.”

Acosta’s The Why? Behind The Buy includes a comprehensive breakdown of each generation with key statistics from each life stage: