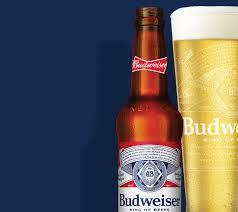 Budweiser is not the only big beverage brand to rethink its approach to the Super Bowl as the pandemic continues to surge.

The so-called King of Beers will sit out the country’s prime sporting event — another sign of how the pandemic is changing food and beverage retail in 2021.

For the first time in 37 years, Budweiser will not run a TV spot during the Super Bowl, scheduled for Feb. 7.

According Anheuser-Busch InBev, “the (Budweiser) brand will forego its in-game Super Bowl air-time and reallocate that investment to support the Ad Council and public awareness and education throughout the year for the COVID-19 vaccination effort. This commitment is an investment in a future where we can all get back together safely over a beer.”

Budweiser will instead run a digital ad during Super Bowl week “that celebrates the resilience of America during a particularly challenging year.” The spot will feature U.S. healthcare workers.

Budweiser is not the only big beverage brand to rethink its approach to the Super Bowl as the pandemic continues to surge and the vaccine rollout struggles to gain traction. Coca-Cola and Pepsi will also not have traditional Super Bowl commercials, though Pepsi remains a sponsor of the game’s halftime show.

Meanwhile, such food and beverage brands as PepsiCo’s Mountain Dew, and Bud Light, Bud Light Seltzer Lemonade, Michelob ULTRA, and Michelob ULTRA Organic Seltzer, Stella Artois and Cutwater Spirits — all of them sister brands to Budweiser — will have Super Bowl spots. Cheetos (Frito-Lay) is running a commercial for the second year in a row, and Doritos (Frito-Lay) and Pringles (Kellogg) are among other food brands taking part in this high holy day of U.S. advertising. As well, Hellman’s (Unilever) is set to become the first ever mayonnaise brand to run a Super Bowl advertisement, a spot that reportedly focuses on food waste — a growing area of attention in the larger world of food retail.

According to an AdAge report from earlier in January, the number of confirmed brands set to advertise during the Super Bowl lags last year. “It remains to be seen how sectors that have been heavily impacted by the pandemic, like autos and movie studios, turn out. These categories, in particular, are big spenders in the Super Bowl,” the news outlet reports.

It adds that 30-second spots are selling for $5.5 million, and that some 80% of ad inventory has been sold.

That’s not to say the game will be devoid of food-and-beverage presence all together, of course. Chipotle reportedly will run its first Super Bowl commercial ever this year.

The spot, titled "Can a Burrito Change the World?," features a young boy rhetorically asking that question while highlighting the impact that Chipotle's Food with Integrity standards could have on the world, including reducing carbon emissions, saving water and supporting local growers. Last year, the brand spent more than $300 million in food premiums to purchase supplies that are responsibly sourced, humanely raised and often locally grown — a sign of the increasing importance of sustainability in food service.

And in yet another sign of the ascent of the food and grocery delivery industry, DoorDash recently announced that it will use the Feb. 7 Super Bowl to promote its service. DoorDash says its new multi-platform marketing campaign includes its first 60-second TV spot during the game. The ad is scheduled to run during the first quarter. The campaign also features the Sesame Workshop, the nonprofit behind Sesame Street.

The move marks the latest marketing marriage between big league football and food delivery programs. At the start of the NFL season, Postmates — now owned by Uber — said it had become the official on-demand food delivery partner of the NFL. Such deals are typically less than newsworthy. However, that was the first time the league has inked a sponsorship contract with such a service.