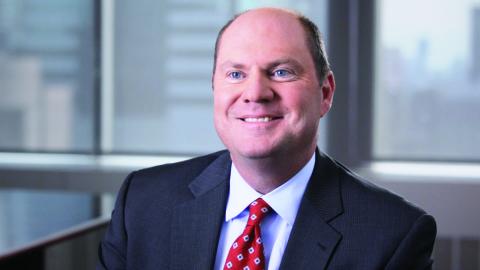 Tom McGee, president and CEO of the International Council of Shopping Centers (ICSC).

Tom McGee, president and CEO of the International Council of Shopping Centers (ICSC) is asking states and municipalities, in the starkest of terms, to require all regulated banks to offer a 90-day forebearance on all commercial loan obligation underlying the shopping center industry. And, if public safety requirements mandate it, the forbearance period should be extended at the end of 90 days and property owners and banks can negotiate appropriate repayment options.

In a letter to Larry Hogan, chairman of the National Governors Association, and Bryan Barnett, president of the U.S. Conference of Mayors, McGee said urgent action is needed to avoid creating an indelible stain on communities.

“An increasing number of national retailers and tenants have publicly expressed their intent to skip monthly lease payments during this crisis,” McGee said. “The non-payment of rent will jeopardize the repayment of up to $1 trillion of secured and unsecured debt held by property owners that underlays the shopping center industry. The subsequent foreclosures would result in empty storefronts and vacant shopping centers across our country, leaving an indelible stain on communities.”

To avoid that situation, McGee and ICSC proposed the forebearance requirement to alleviate what was describe as an existential threat. A threat which if left unaddressed will cause long-term damage to financial markets, rampant unemployment and irreparable harm to communities across the country.

“The necessary public health and safety actions being taken by federal, state and local officials have resulted in retailers, restaurants, theaters, gyms and other service providers closing. These mandated closures have created a growing and significant threat to the continuity of cash flow between tenant, property owner and commercial lender,” according to McGee.

ICSC has also been directly impacted by the COVID-10 outbreak and, like many event organizers, was recently forced to suspend its annual global retail real estate convention known as RECon. Originally scheduled for May 17-19 in Las Vegas, the event typically draws upwards of 35,000 attendees and is a testament to the important role shopping centers play.

“The long-term strength of the shopping center industry is critical to the economic, civic and social viability of communities across the nation,” according to McGee. “The majority of the estimated $6.7 trillion of consumer activity generated by the retail, food and beverage, entertainment and consumer service industries occurs within America’s shopping centers, with nearly one out of four American jobs retail related.”

That means approximately $400 billion of state and local taxes that support local communities, public safety resources and infrastructure is generated by the shopping center industry, according to McGee.

“This entire industry is at risk if action to support it is not taken,” he said.