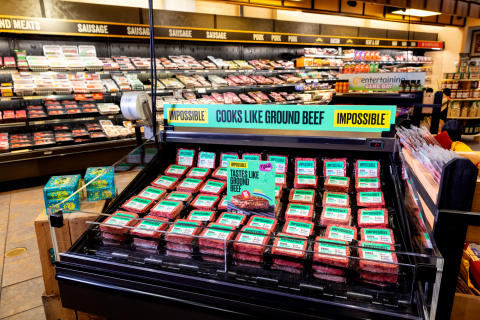 Although impossible and incredible are very different words, a statement released by Impossible Foods said the District Court of The Hague in a May 27th ruling found that the use of “Incredible Burger” in Europe infringed upon Impossible Foods’ Impossible trademarks, including Impossible Burger, and was likely to confuse customers. As a result, Nestlé subsidiaries in Europe are prohibited from branding products “Incredible Burger.” If they fail to remove the infringing branding within four weeks, each of 10 separate Nestlé subsidiaries involved in the case would be subject to steep financial penalties.

“People specifically seek out Impossible Burger because it’s a superior product unique in the world of plant-based food,” said Dana Wagner, Impossible Foods’ Chief Legal Officer. “While we applaud other companies’ efforts to develop plant-based products, we don’t want consumers confused by simulacra. We’re grateful that the court recognized the importance of our trademarks and supported our efforts to protect our brand against incursion from a powerful multinational giant.”

In its ruling, Impossible Foods said the European court endorsed the validity of the Impossible Burger trademark and noted the visual, phonetic and conceptual similarities between that trademark and Nestlé’s “Incredible Burger” branding and it cited considerable evidence that consumers and commentators were actually confused by the similarity in names. The court also stated that Nestlé, the world’s largest food company, appeared to have deliberately tried to impede Impossible Foods’ entry into the European market hoping to capitalize on the strength of Impossible Foods’ brand by promoting its own plant-based foods under a similar name.