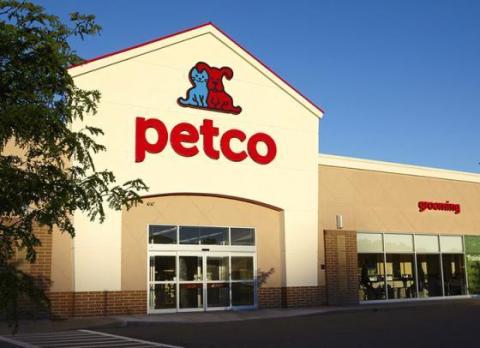 Petco has priced its initial public offering above expectations, at $18 per share, and is set for a Thursday trading debut.

Petco says it intends to sell 48 million shares and expects to receive net proceeds of approximately $816.5 million, after deducting underwriting discounts and commissions and excluding any exercise of the underwriters' option to purchase additional shares. In its registration statement, the company had filed to raise $744 million in its IPO.

Petco Health and Wellness will join the Nasdaq Thursday under the ticker symbol WOOF. Goldman Sachs and Bank of America are the lead banks for the IPO.

Petco went public in 1994, and then was taken private in 2000 when TPG and Leonard Green bought the pet supplies merchant for some $600 million. In 2002, Petco again went public before, about four years later, it went private once more. The company is now owed by CVC Capital Partners and CPP Investment Board.

Petco has lately been making a fair amount of retail news. For instance, in October — in a reflection of larger retail trends — the chain said it had launched a subscription wellness service for pets. The new service is called the Vital Care Wellness Program. According to the San Diego-based retailer, it’s a paid annual plan providing pet parents with a convenient, affordable way to meet their pets' routine wellness needs.

Additionally, Petco keeps expanding other retail health options for pet owners. It recently opened its 100th in-store veterinary hospital, this one located in Encinitas, California. According to the retailer, the hospital opening serves as a significant milestone on Petco's rapid veterinary-expansion journey, given the increased need for accessible and affordable veterinary care.

Also in October, Petco said it would expand its private-brand assortment.

Meanwhile, consumers have increased their spending on pet products during the pandemic, at least according to some financials, as other retailers increase their focus on pet retail.

Petco operates more than 1,500 pet care centers across the U.S., Mexico and Puerto Rico, including a growing network of more than 100 in-store veterinary hospitals, and offer a complete resource for pet health and wellness online and through the Petco app.