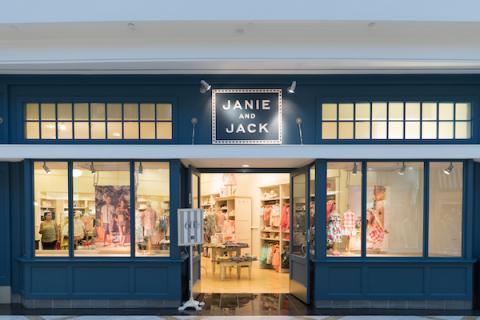 Children’s apparel company Janie and Jack was impacted by the pandemic just like every other retailer, but the San Francisco-based brand and its former parent company Gymboree Group was suffering well before 2020. In early 2019, Gymboree announced it was filing for bankruptcy with plans to close all its Gymboree and Crazy 8 stores. Its high-end Janie and Jack brand would go through the bankruptcy and sales process.

After going through a bankruptcy and two sales, Janie and Jack, which has nearly 115 retail locations, is still proving itself as a children’s apparel brand with grit. Getting through serious setbacks has become a specialty for Janie and Jack President Shelly Walsh, who powered through the changes with her team and looked for ways to keep staff motivated through tough times.

Walsh has been with Janie and Jack for nine years, with the last five years “full of turbulence,” as she put it while speaking at retailX in Chicago on August 24.

In 2019, Janie and Jack was desperate for a buyer —and only at the last minute did Walsh manage to find a buyer in Gap Inc.

“Gymboree’s intellectual property was going up for sale,” she explained. “I was trying to keep my brand alive and well through this entire process. It was five days from the auction and we had no buyers. I reached out to Art Peck, CEO of Gap Inc. [at the time]. By some miracle, we engaged and I was in the office on Wednesday, pulled an all-nighter Thursday and by Friday morning we were ready to go for the court auction.”

Gap acquired Janie and Jack for $35 million from Gymboree Group, but everything changed only months later. After finding a savior in Gap, Janie and Jack looked poised for renewal. However, the arrival of COVID-19 completely disrupted the entire retail industry––and Janie and Jack’s redemption. In March 2020, Gap underwent a leadership change as Sonia Syngal was named CEO, who strategized differently and aimed to create $1 billion brands across Gap Inc.

Janie and Jack wasn’t going to become a $1 billion brand anytime soon, and it went up for sale again. By March 2021, Go Global Retail, a brand investment platform, announced plans to acquire Janie and Jack, aiming to expand its digital capabilities and accelerate online growth globally. As of now, the brand is still finding its footing with investment from its new owner.

“We were purchased in April, and we are now carving out of Gap Inc. and standing up as a standalone company within Go Global Retail,” Walsh said.

Go Global also plans to invest in AI and predictive analytics to further the brand.

How did Walsh get through it all?

“Grit, first and foremost,” she said. “There’s no easy day or coasting in business. You have to really dig in and want to be there.”

Keeping the team together also meant investing in support, including a meditation coach that taught employees how to meditate. Walsh also gives her employees time to meditate daily, with a half hour blocked off every day in the office. Employees don’t have to meditate, but many use the half hour to sit and meditate together.

“[Meditating] has made a huge, profound effect on my personal and professional life,” Walsh said. “Many people on the team will tell you it's life-changing for them. Those are really important things. We've been through more turmoil, and as dust settles, we are now strategizing and brainstorming other ways to bring that forward.”

With her team centered and focused on the brand, Janie and Jack is stabilizing under its new owner and looking forward to growing once again. Right now, the brand has its eye on technology to grow online, but it isn’t giving up on brick-and-mortar, either.

“Finally we feel like we've been able to power through and persevere through turmoil and grow the brand,” Walsh said. “We are moving offices again. We get to reimagine the workplace. That's the wonderful part of the pandemic and what it forced everyone to do. We’re a brand all about that reimagining.”