Photography by Vito Palmisano
When J.K. Symancyk joined Meijer five years ago, he noticed a contradiction. The company's slow growth seemed to belie its history of innovation.

"The company is really rooted in innovation. It's the originator of the supercenter in the United States," Symancyk says.

Yet its image was anything but cutting edge. "When the focus really becomes more about survival as it was at the turn of the millennium, there were some questions around what does the long-term culture look like?" Symancyk says. "We've worked hard to really build better capabilities overall."

Today, the Grand Rapids, Mich.-based retailer is growing, thanks to continual improvement, though it still doesn't flaunt its successes. The privately held company, which had an estimated $14.63 billion in annual revenue in 2010, ranked 15th among the top food markets, according to Forbes. It has 199 stores in Michigan, Ohio, Illinois, Indiana and Kentucky, with more on the way.

While not always flashy, many of Meijer's latest innovations hit home with shoppers, such as a 10-cent discount program on gas launched this summer, a seafood sustainability program, an in-store banking agreement with Huntington Bank and a commitment to locally produced merchandise.

In March, it acquired a dairy in Michigan, allowing it more control as its strives to offer "higher standards and lower prices" to customers, Chief Executive Officer Hank Meijer said in a statement announcing the transaction. Along a similar vein, the company runs a manufacturing facility in Middlebury, Ind., where it makes bakery items, fresh salads and sandwiches for sale in its stores.

"We really are focused [on] how do we deliver savings without sacrifice, pushing us to be open to try new things," Symancyk says.

"I don't know how in the world anyone can really be collaborative unless they really are open with each other around what problems they're trying to solve, what they're really going to accomplish, and that has enabled us to really ground our efforts with the shopper in mind ...."

In most categories, Meijer strives to collaborate with CPG partners by devising mutual business plans and building strong relations. "What we've tried to do more so over the past five years is approach those relations with better transparency," Symancyk says. "I don't know how in the world anyone can really be collaborative unless they really are open with each other around what problems they're trying to solve, what they're really going to accomplish, and that has enabled us to really ground our efforts with the shopper in mind as opposed to getting lost in some of the tactical day-to-day constraints that come with that."

Meijer has worked to build strong relations at a senior level and then model that behavior. Symancyk, 40, who was born and raised in Arkansas, came to Meijer with an ambitious mindset from 13 years of experience at Walmart and Sam's Club, which he describes as "a vibrant growth organization."

"Any time you're around talented people you have the benefit of really learning and experiencing a lot of personal growth, so that part of my experience is invaluable," he says. "I also at Sam's, and frankly here at Meijer, have had the opportunity to really watch some iconic leaders up close."

But Meijer's company culture is significantly different than Walmart's, says Neil Stern, senior partner at McMillan Doolittle, a retail consulting firm in Chicago. Meijer historically hasn't been "price disruptive," Stern says. "So they really need to compete on selection and quality in contrast to Walmart, which is trying to get the low price."

Further, despite rampant industry consolidation, Meijer has remained independent. "Meijer has two huge advantages in that they're privately held and family held and led," Stern says. "This means they have a longer time horizon [because their plans don't need to produce immediate results]. They can be more patient. They're not beholden to quarterly earnings reports or Wall Street. They are not easily moved out of a market."

Meijer hired Symancyk as group vice president of fresh foods in September 2006. Since then, the company has become known for its locally grown produce. During peak season, as much as 25 percent of the company's produce is from local farms.

"One thing that differentiates them from other superstores is their big focus on fresh food and perishables," says David J. Livingston, principal of DJL Research, a retail consultant based in Waukesha, Wis.

Symancyk, who was promoted to executive vice president for merchandising and marketing in December 2008, became Meijer's chief operating officer in January. "J.K.'s new role not only reflects his capacity to assume broader responsibility, but helps position Meijer as we proceed on a path of sustained growth," Hank Meijer told Retail Leader.

Continued momentum is Symancyk's priority, and he believes it starts with creating a better retail experience for customers. "His judgment about how to best serve customers was key to his team's success when he served as chief merchant," says Mark Murray, the company's president.

"We've worked hard to listen better," Symancyk says. "I think that really shows up in more frequent interactions with our customer, whether it's the traditional face-to-face that's been going on for 70 years-plus or in a more wired or wireless society–every place we have a touch point with our consumers." Meijer is rolling out a mobile app that uses location positioning technology to deliver coupons to shoppers as they approach items in store aisles.

By understanding the large-scale demographic shifts occurring in the retail industry, Symancyk says, "We can anticipate what customers want even before they know that themselves."

While the company won't comment on its expansion plans, in July it asked the Planning Commission in Franklin, Wis., to approve a 192,000-square-foot big-box store on a main highway, Joel Dietl, planning manager for Franklin, says. News reports suggest the company also was scouting for a distribution site in Southeast Wisconsin that could serve several locations in the state.

"Historically in a market like Milwaukee, which is a mid-size market, Meijer has been able to put four or five large stores there [and secure market share]. That's been a pattern that's been very successful for them. I think, based on their history, that Milwaukee is a better market for them than Chicago was," due to Chicago's size and number of competitors, says Stern.

Meijer typically does well in mid-size markets, Stern says. While Milwaukee's size might be appealing, Meijer will have to contend with Roundy's, which is entrenched in the market. "Roundy's has a very strong market share," Stern says. "But I don't think you can turn anywhere and find an easy market these days."

Meijer has made a name for itself as a one-stop shop, carrying approximately 150,000 items, including food, pharmacy, electronics, garden and apparel. While the company's traditional stores are more than 200,000 square feet, it also operates 156,000-square-foot versions and has opened some small-format stores of about 90,000 square feet in the Chicago area. The company was started in 1934 when Hendrik Meijer opened a grocery store next to his barber shop in Greenville, Mich., to better serve his customers. The retailer expanded with a Thrifty Acres banner in 1962 that put food and general merchandise in one convenient location. By 2004, the company was serving customers in five states.

With competition for shoppers' grocery dollars fiercer than ever today, Meijer has upped the ante on quality, including customer service. "Relative to other retailers, we over-index in terms of experience. You have a lot of people [for]whom working is not an itinerant profession; it's what they do. That gives us a level of commitment that gives us an advantage," Symancyk says.

To keep prices competitive without impacting service, "We've worked to really streamline what we do from the back door to the front end, so that much of our time is really focused on serving customers as opposed to getting lost in either inefficient labor practices or minutiae," Symancyk says.

"We've worked to really streamline what we do from the back door to the front end, so that much of our time is really focused on serving customers as opposed to getting lost in either inefficient labor practices or minutiae."

The company's "labor-waste elimination" systems rank employees according to their productivity, with low scores resulting in demotions or dismissals, according to a 2008 Wall Street Journal account. Total headcount at most stores fell to between 250 and 400 workers in 2007, compared with about 700 workers per store in the late 1990s, The Wall Street Journal said. Instead of punching traditional time clocks, clerks logged in to work from fingerprint-readers on their cash registers, saving valuable minutes. They also were timed on how quickly they completed an order. Interviews with cashiers at 16 Meijer stores indicated the new system increased their stress levels, the story said.

Meijer wouldn't comment specifically on the article, with a spokesman saying he had "no specifics to share on this topic other than to say we are constantly focused on making our stores as efficient as possible, while still providing the highest levels of customer service, which is our priority."

Symancyk suggests the company encourages employee feedback. "Our training really looks similar to other retailers. Where we've done a better job is by becoming much more transparent and allowing greater feedback," he says.

That feedback often leads to improvements and sustained growth, which is the company's modus operandi. "I think there clearly is a focus to grow, but the primary objective is still measured sustainable growth," Symancyk says.

As for how far and how fast Meijer is likely to expand, Symancyk says, "We're a Midwest retailer. We have no real plans to be anything more than a regional retailer." 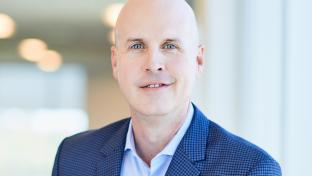 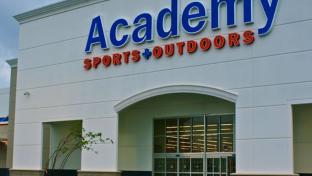 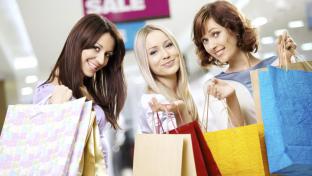 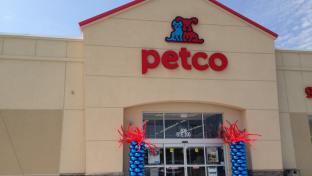 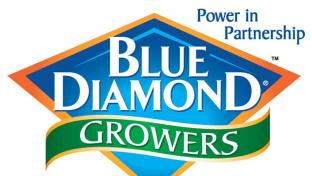