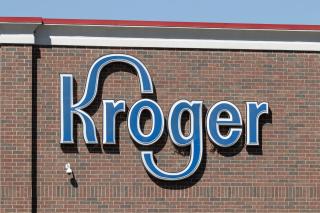 In an official announcement, Kroger and Albertsons have revealed the details of its $24.6 billion merger agreement, including plans to create a spin-off subsidiary company formed from existing Albertsons stores.

While the boards of both grocery giants have agreed to Kroger’s acquisition, the deal still requires approval from federal regulators at the Federal Trade Commission, who are likely to raise concerns. The companies said in a release that they’d create SpinCo, a subsidiary of Albertsons that would function as a standalone public company and a competitor to the new mega grocer. SpinCo would be created immediately prior to the merger when Albertsons’ shareholders would take ownership of the new company, the release said.

“The establishment of SpinCo, which is estimated to comprise between 100 and 375 stores, would create a new, agile competitor with quality stores, experienced management, operational flexibility, a strong balance sheet, and focused allocation of capital and resources to provide customers with continued value and quality service, and associates with ongoing compelling career opportunities,” the companies said in the release.

The grocers did not say which of their stores they would consider for SpinCo. Combined, the grocers reach 85 million customers in the U.S. Kroger’s portfolio includes grocery chains across the country, including brands like Ralphs, Dillons, King Soopers, Fry’s, City Market and Mariano’s. Albertsons owns several popular grocery chains, including Safeway, Vons, Shaw’s, Acme, Kings Food Markets and Balducci’s.

Kroger and Albertsons say the acquisition will benefit customers by accelerating Kroger’s go-to market strategy and combining the brands’ omnichannel capabilities. Kroger said the merger would increase the amount of fresh food available to customers through the combination of the grocers’ distribution centers. The grocers said they would combine customer data, allowing it to improve its loyalty rewards systems and offer customers more personalized recommendations and promotions.

Kroger, which is the biggest grocery store operator in the U.S. prior to the merger, said its acquisition of Albertsons would also further its goals to create a seamless experience for its customers, whether they want to shop in-store or online. The grocer said the combination of Kroger and Albersons’ infrastructure, including its delivery providers, large- and small-format stores and fulfillment facilities would allow for faster delivery times and enhanced customer pick-up options. The grocers also said the merger presented opportunities for the companies’ ESG goals, including its sustainability goals and its programs to fight food insecurity and increase workforce diversity.